How Long Will A Tesla Really Last? (X Years Of Driving) 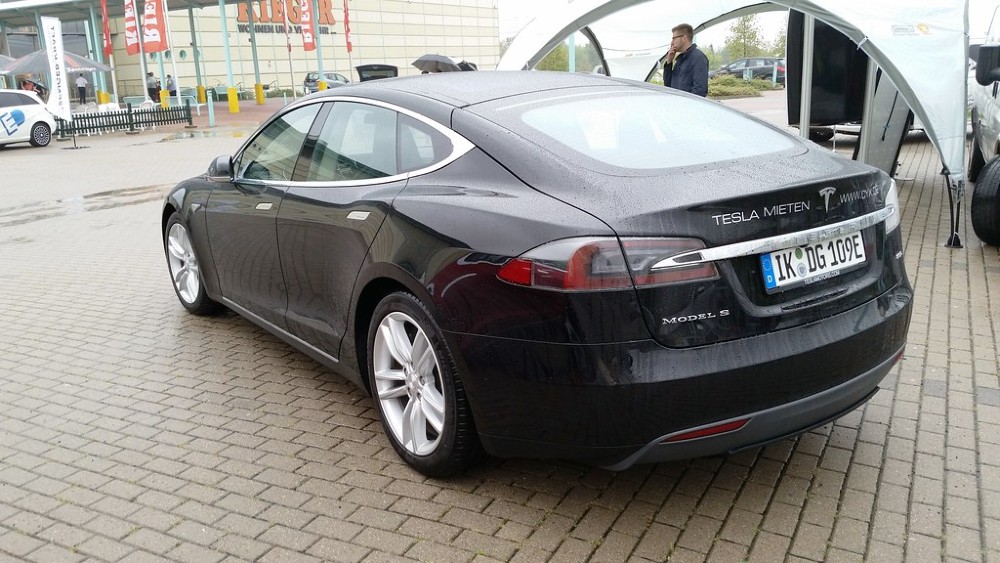 Photo by Michael Panse licensed under CC BY-ND 2.0. We may collect a share of sales or other compensation from the links on this page.

I know that Tesla is really pulling out all the stops to make electric cars sustainable and lifespan definitely comes into that. While we still do not truly know the answer, I feel the potential is there for Tesla vehicles to last a very long time.

Tesla vehicles do seem to be going strong, even the older models but there is not enough data over a long enough time frame to know how long Tesla vehicles will last. With the available information, we can assume it’s possible for the vehicles to last 1,000,000 miles.

The Future Is Electric Vehicles

We are living in a world struggling to get a hold of its consumption, and whether we like it or not, we are having to look at better ways of managing our resources and how we live. Electric cars are likely to play an important role in our future as we transition to greener technologies and look to more innovative ways to do things.

Research by the Universities of Cambridge, Exeter, and Nijmegen in the Netherlands concluded that driving an electric car is better for the environment compared to an ICE vehicle in 95% of the world.

However, in a separate study by the Massachusetts Institute of Technology Energy Initiative, battery and fuel production for an electric vehicle generates higher emissions than the manufacturing of ICE vehicles. However, these initial emissions are offset by electric vehicles’ energy efficiency later down the line.

Whether you are ready to embrace the electric vehicle or not, governments around the world are getting ready to ban the sale of new petrol and diesel cars.

The UK has confirmed the ban will come into place in 2030, with the exception of plug-in hybrids (PHEVs) and some full hybrids which will still be able to be sold up until 2035. The U.S. aims to put a similar ban on gas-powered cars by 2035.

What Are The Challenges Of Working Out How Long A Tesla Will Last?

What is so intriguing about this question is that we are planning a major transition to electric cars, probably the biggest shift we have seen since horse and carts got swapped for motor cars.

Yet we don’t actually know how long electric cars’ lifespan will be since not enough time has elapsed yet and there are lots of factors to consider.

Tesla did not release its first-generation Roadster until 2008, which was discontinued in 2012 since the company wanted to focus on its Model S sedan. So, the Model S sedan went into production in 2012, which is only 10 years ago.

What Is The Estimated Life Of A Tesla Vehicle?

So, have any Tesla’s reached their end of life yet? Well, obviously there are instances where Tesla vehicles are irrevocably damaged and owners have had to replace batteries, but it seems that Tesla vehicles are still going strong.

It has been suggested that Tesla vehicles are designed to have a one million-mile lifespan. If true we can work out that since the average American drives 14, 263 miles per year, you would get just over 70 years of driving. In fact, it would mean one car to last people their entire lives.

See also  Can Teslas Safely Charge in The Rain?

Where Does The One Million Mile Claim Come From?

Tesla had unveiled plans to develop a battery capable of one million miles that could essentially last the electric car’s entire lifetime on the road at Tesla’s Battery Day event in September 2020. Since the battery is often cited as a sticking point for people who are hesitant to adopt electric vehicles since it does have the potential to cut down on waste as well as reduce maintenance costs.

However, since then it has been revealed that Tesla has joined up with a team led by Jeff Dahn from Dalhousie University. He claimed that recent tests had shown batteries could last over 15,000 cycles, which according to Electrek is the equivalent of 2 million miles. In addition to these findings, the batteries showed little to no degradation.

Is There Any Truth To The One Million Miles Claim?

Luckily for us, there are some people out there who want to put the one million-mile lifespan to the test. One such person is Hansjörg Gemmingen who bought his Tesla Model S P85 in 2014 second-hand. Earlier this month, he took to social media to announce that he had successfully reached the 1 million miles.

It has to be said that the vehicle did require some maintenance, with a battery change at 470,000 kilometers, and by the time 1 million kilometers had been driven it had worn out three electric motors. However, these were apparently mostly covered by the warranty.

This is not the only impressive high-mileage Tesla record, since Gemmingen had also managed to achieve over 620,000 kilometers (385,251 miles) in a Tesla Roadster. It is also important to note that the Model S is an older version and newer versions like the Model S Long Range may do better.

What Is The Current State Of Tesla Batteries?

Most Tesla batteries average eight years of use or 100,000 to 150,000 miles driven before they reach their end of life, which Tesla counts as less than 70% capacity. Depending on your model, you would expect to get around 300-400 miles of range per charge at full capacity.

In theory, you could continue to drive the car past that threshold but would have to charge it up more often.

A trial of Tesla electric taxis resulted in five Tesla Model S 90D vehicles completing 1.5 million miles. They each drove around 300,000 miles during the trial which ran for three years, and at the end, the batteries were at 82% State of Health (SoH).

The Tesla Model S originally had unlimited mileage eight-year warranty, but this was reduced in 2017 and changed to a 150,000 miles, eight-year, and 70% SoH warranty.

What Counts As The End Of Life For Batteries?

End of life is not to be confused with the State of Health. Batteries can still have reduced SoH but although they cannot be used in electric vehicles they may be able to be put to different uses.

According to other manufacturers, batteries can still be commercially usefully even operating at 50% SoH. So, if you take Tesla’s guide of 70% SoH for use in electric vehicles, you still have a further 20% SoH where the battery could be put to a different use.

Can A Battery Outlive The Rest Of A Tesla Vehicle?

The average lifespan of a car in the US is 12.2 years, but we can easily see that Tesla vehicles have the potential to last much longer than that with less maintenance than ICE vehicles along the way.

Of course, there are other factors that could affect the health of a Tesla vehicle such as rust, computer components that may need upgrading or replacing, and interior features.

Working out how long Tesla vehicles can last is not a straightforward question due to the fact that they are still relatively new and we do not have that data just yet.

We do know Tesla vehicles that have covered hundreds of thousands of miles without too much maintenance and even the Tesla car that’s reached the 1 million mile mark is still going strong. It does seem like Tesla vehicles will quite easily manage to out-do the average car lifespan, but just by how much, we will have to wait and see.