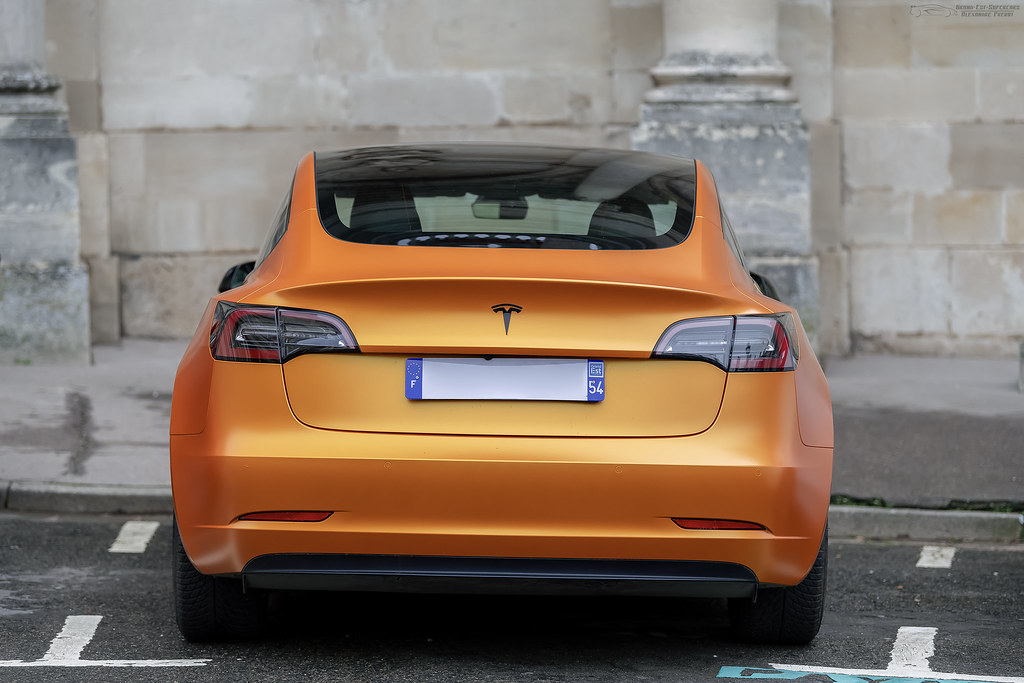 Photo by Alexandre Prevot licensed under CC BY-SA 2.0 Images used on this page are under creative commons license. We may collect a share of sales or other compensation from the links on this page.

So you’ve bought your Tesla? And you want to use Sentry mode? But don’t know which type of memory to use?

The recommended minimum memory size needed for a Tesla Model 3 regardless of memory type is 32 GB. But simply going out and buying the cheapest 32 GB memory stick to use in a Tesla might not be the option. Memory size needed for Tesla model 3 and other memory features can help you get the most out of your Tesla.

What is a memory stick needed for in a Tesla?

Protect against theft, break-ins and threats when your car is left unattended with up to 128 GB of video storage capacity.

This can be useful if involved in an accident. Having footage from the dashcam in the case of an accident can be useful for insurance purposes. Sentry mode allows for any intruders to be identified if they attempt to steal the vehicle while it is parked.

Tesla does not have any hard drive capacity accessible to the user. The footage recorded by the dashcam when driving or by Sentry mode needs to be stored somewhere. Teslas have a USB port that owners can use to connect a memory stick or hard drive for this purpose.

Memory stick, memory card with the reader, or hard drive?

There are three options with respect to providing memory for Tesla record functions. These are memory sticks, memory cards with readers, or hard drives. Memory sticks are the cheapest option but have certain drawbacks. Hard drives are the most expensive but provide the best functionality.

A memory stick is a small USB device that can fit in your pocket or even attach to a key ring. They have the lowest storage capacity of the three options, and typically the lowest speeds. However, they plug directly into the Tesla USB port and do not require cables or anywhere to place the memory device—as it sits directly in the USB port. You can also carry it around easily.

Memory cards with readers are a more professional form of storage. They are used by professional photographers and other professions where storage and transfer of large data files are needed. This option requires both the reader and card to be purchased separately.

A major advantage of this option is the ability to upgrade the card as technology advances without upgrading the reader. The cost of faster memory cards comes down over time. The card can be replaced without replacing the reader.

Easily store and access 2TB to content on the go with the Seagate Portable Drive, a USB external hard drive.

Portable hard drives are used by people to back up their desktop and laptop hard drives and to move or store large files or large numbers of files. They are purchased typically as a backup tool. For the Tesla owner wishing to use record functions, they offer the fastest speeds and the largest amount of storage capacity.

On the downside, they are more expensive. Data storage technology is forever progressing, and the cost of faster or more storage comes down year on year. Investing in an expensive hard drive for a Tesla will mean you might miss out on something faster the following year.

The main factor to consider when choosing which type of memory to go for is simply the question “How often will I use the record function? You might plan only to use the record functions for a special trip such as a holiday abroad. In such cases, it might be better to opt for the lower-cost options of a memory stick or memory card with a reader. That way, you can upgrade the memory the following year without too much cost involved.

Or you may park your Tesla out on the road every night, and be someone who uses the Sentry mode as a matter of course. If this is the case, it is worthwhile investing in a larger hard drive.

One further factor to consider is the overwrite rate. Tesla record over footage chronologically as the memory fills up. This is fine: except for one thing. Data memory – of any type – loses some of its life spans each time you record over it. If you use the minimum size memory stick to record every journey via the dashcam plus Sentry mode each night, you might find that the memory stick ceases to function sooner than expected.

See also  Does The Model 3 Come With Floor Mats?

The memory stick must be USB 2.0 compatible. If using a USB 3.0 memory stick, it must be able to support USB 2.0. The memory stick should be used exclusively as the recording media in the Tesla, and not used for other purposes (e.g. for work or family photos).

The SanDisk Ultra Fit USB 3.1 memory stick is recommended by Tesla. It comes with 16 GB up to 512 GB at a price of $ 10 – $ 117. The maximum speed of the stick is 130 MB/s. If looking for occasional use, a small memory SanDisk Ultra Fit within the 32-256GB range might be a good option. With the more costly 512 GB, it is possible to look at buying higher capacity SSD drives.

At this end of the capacity scale, the only advantage of a memory stick over a hard drive is the ability to attach it to a key ring or slip it into your pocket. The SanDisk Ultra Fit USB 3.1 memory stick has a rating of 4.7 on Amazon, with 81% of buyers giving it a 5-star rating.

See also  How to Run Tesla Through An Automated Carwash? (Without Damage)

SSD with V-NAND offers ultra-fast data transfer speeds of up to 540MB s (up to 4.9x faster than external HDDs).

The SAMSUNG T5 / T7 Portable SSD range is touted as a good option for Tesla owners wishing to use dashcam footage and Sentry mode on a regular basis. These are solid-state drives (SSDs) that read and write more quickly than hard disk drives (HDDs) which were common in desktop PCs.

Therefore the T5 may be a better option at $50 less for 1 TB of storage. That said, the T7 does come with a 500 GB option. This means the T7 drive can be bought for the lowest price of the two at $100. The T7 also comes in three different colors (blue, red, or black) whilst the T5 only comes in black.

Get NVMe solid state performance featuring up to 1050MB/s read and up to 1000MB/s write speeds in a portable, high-capacity drive.