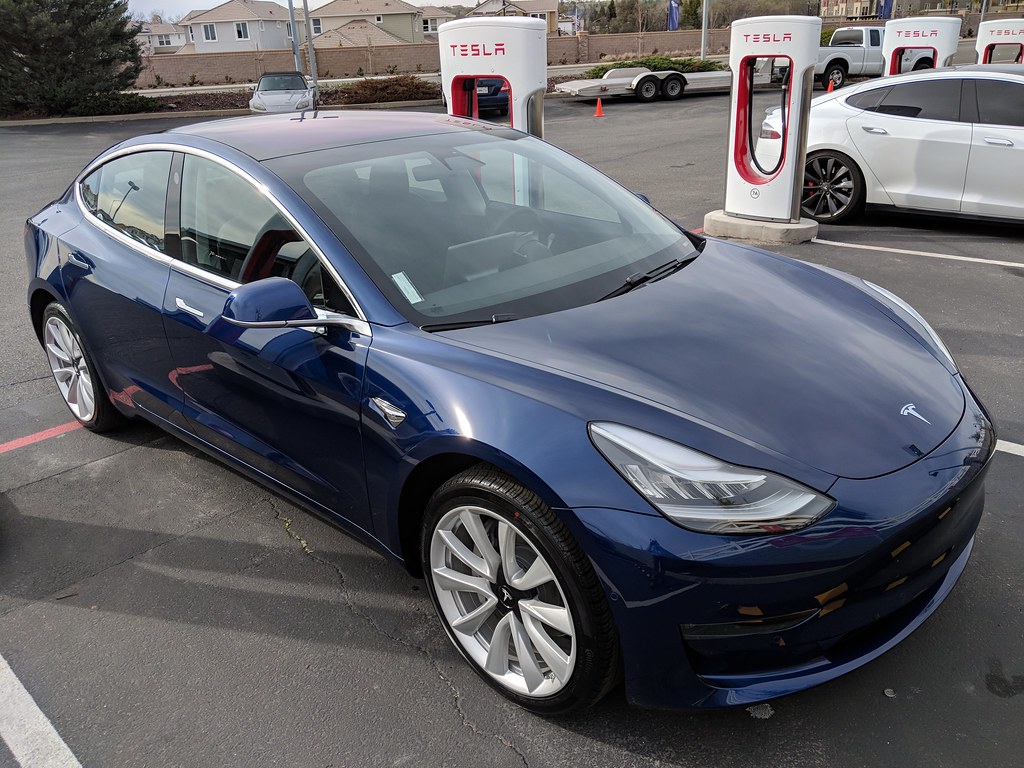 Photo by Brian Doyle licensed under CC BY 2.0. We may collect a share of sales or other compensation from the links on this page.

Driving at night can be a problem for a lot of drivers, whether you are struggling to see if pedestrians may be walking on the side of the road or an oncoming vehicle is blinding you with its headlights. Well, Tesla is set on tackling this problem with Matrix LED headlights.

Tesla initially introduced LED Matrix headlights in its Model S Plaid vehicles from June 2021 and in its 2021 Model 3, Model Y Performance in its 2021 Holiday Update in December. The LED matrix headlights can dim or turn off LED lights to avoid glare for the oncoming traffic, whilst still shining a light on the rest of the road.

For Safety Or Just For Show?

To usher in the new headlights for the Model 3 and Model Y and have a bit of fun at the same time, the V11 “Holiday Update” in 2021 included a feature called the ‘Light Show’, a small light show set to music using its headlights, taillights, cabin lights, and another lighting. The lights were able to make different lighting patterns and project the word ‘Tesla’ onto a wall.

While the Light Show was a fun addition to the long list of Tesla features, LED Matrix headlights also serve a more serious purpose – safety. If an oncoming vehicle is detected the LED lights can dim or turn off LEDs to avoid glare for the oncoming vehicle. However, the other LEDs continue to provide lighting for the rest of the road.

See also  How Often Should You Charge a Plug-in Hybrid Electric Vehicle? (More Than You Think)

Why Are LED Matrix Headlights So Special?

These nifty headlights known as LED matrix lights or pixel lights are a cluster of LED lights built around a high-beam unit. So rather than just one bulb, which is what most conventional headlights have, it enables different settings and capabilities, being able to light up some of the road or all of the road.

The smart technology can alter the brightness, shape, and direction of the beam, as well as, know-how and when to change due to the vehicles’ sensors

The headlights which are Samsung, aim to increase the effectiveness of the already very efficient headlights. In fact, prior to the introduction of the Matrix LED headlights Tesla’s Model 3 vehicles already had the highest rating for their headlights based on the IIHS’ assessment.

Adaptive LED matrix headlights are designed to intuitively change the visibility according to the driving conditions, offering a much wider scale of lighting options compared to conventional headlights where the driver can typically only switch between high and low beams.

One of the key differences between the 2021 model 3’s Matrix headlights and the 2020 headlights is the beam pattern, which is more square with a more defined line in the 2021 model. The 2020 pattern had a more blurred edge.

So Where Are They Available?

LED headlights have been used in Europe and in other regions of the world for a number of years. However, for the U.S. though, the use of the technology has been hindered by a law from 1967 which made it illegal for vehicles to have low and high-beam lights working simultaneously.

So when the 2021 Tesla Model 3 came out, people in EMEA were the first to experience the new LED Matrix headlights. However, people in the U.S. have had to wait a while longer.

In February 2022, it was announced that the National Highway Traffic Safety Administration (NHTSA) had approved LED or otherwise known as adaptive headlights for the U.S. One of the reasons NHTSA approved the use of LED lights was to help make the roads safer by making pedestrians and cyclists more visible at night. It was also mentioned that it would help drivers better see animals and other objects on and by the side of the road.

Although some Tesla vehicles in the U.S. already have the LED headlight capability built into vehicles, up until the NHTSA approval they were not able to be used as adaptive lights, only normal headlight functions.

However,  it is thought that the new headlight laws in the U.S. will come into force in 2022 and from there Tesla can enable the LED matrix technology headlights for compatible vehicles with its over-the-air (OTA) software updates.

The LED Matrix headlights can be found in some 2021 vehicles but whether or not they are operational depends on your region. People in the U.S. are eagerly awaiting it to be switched on following the approval from the NHTSA for adaptive headlights.

The headlights aim to improve visibility whilst also being safer for pedestrians, cyclists, and animals that may also be on or by the side of the road. The different settings also aim to improve the range of conventional vehicles which normally only have the ability to choose between high and low beams. To top it off, you also have the Light Show to showcase the capabilities and have a bit of fun.

Matrix headlights are actually not something new per se. Originally introduced in the Audi A8 in 2013 and more car manufacturers following suit since then.