Why Does The Tesla Model 3 Make a Humming Noise When Parked? (What it Really Means) 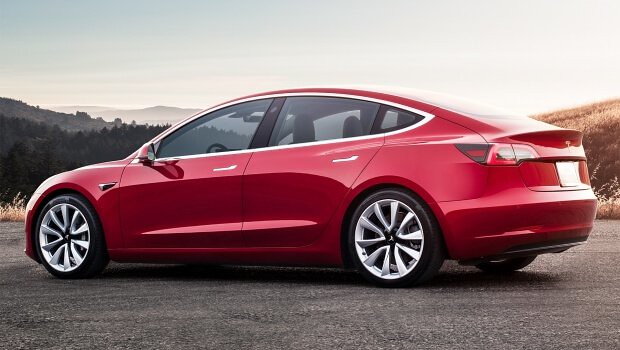 We are all used to our cars having the odd quirk or two, but for some 2021 Tesla Model 3 owners, a strange humming noise has sparked debate among the community with many asking what is causing it and is it normal?

While responses have varied widely, the most likely cause is thought to be the main cooling pump. It is considered to be normal, however if drivers are still concerned they should visit their nearest service center.

With the excitement of the launch of the 2021 Model 3, one thing that perhaps was not expected was reports of a strange humming noise coming from the car when parked. New car owners took to forums and social media querying what this noise was and whether anyone else was experiencing the same problem. So whats the fuss?

Why Is The Cooling Pump Could Be The Culprit?

People may just not be familiar with these sorts of sounds from an electric vehicle compared to a traditional ICE (internal combustion engine) vehicle. One of the key differences between the vehicles is the lithium-ion battery pack, which is the main power source for electric vehicles.

They need to be regulated to avoid degradation and overheating. A cooling pump helps maintain the temperature of the battery pack, which for a Tesla is approximately 22 degrees Celsius (72 degrees Fahrenheit). It should also be noted that the humming noise may also be heard whilst driving and is again considered totally normal.

So what affects that cooling pump? Well, one of the factors that can affect the cooling pump and may mean that you hear the humming noise more often is extremes of temperature, both hot and cold. This is because in cold weather, the heating and cooling circuit transfer excess heating from the motor and copper rotor to the battery causing the cooling pump to kick in.

At the other end of the spectrum, in hot temperatures, the coolant pump is working to keep the operating temperature at around 43 degrees Celsius (110 degrees Fahrenheit).

One of the reasons why it may be more noticeable is because Tesla is considered a relatively quiet car. If you think about a traditional ICE vehicle with engine noise and changing gears, the chances are you are actually quite conditioned to hearing noises whilst driving anyway.

However, when you take away those familiar noises it perhaps draws attention to other less familiar ones. It may be that it takes time to adjust to electric vehicle noises and figure out what is considered normal.

Is Tesla Using Defective Or Low-Quality Cooling Pumps And Components?

While Tesla has insisted that these reported noises are perfectly normal. It is important to also consider that some have suggested that Tesla is using defective or low-quality cooling pumps and their components and that they are the reason for the humming noise.

The reports have been particularly aimed at the 2021 Tesla Model 3 and Tesla Model Y. Affected car owners have reported the noise coming from the front right-hand side of the vehicle and can be heard inside the cabin at the level of 40-50dB.

The noise problem persists regardless of if the air conditioning is on or off. It has also been reported that it can be triggered by opening a door, connecting to the car with the Tesla App, or by opening the charging port.

Whilst it is difficult to substantiate these claims, you only have to do a search on YouTube and Tesla car forums to find a number of car owners trying to demonstrate the humming noise.

Reports of the noise, however, do only seem to affect some of the 2021 Model 3 and Model Y vehicles and cars produced in previous years seem not to experience this humming noise problem. Unfortunately, those who are affected are concerned that the noise may make it difficult to sell in the future.

One of the points to consider here is that if the problem is in fact perfectly normal then why does it only seem to affect some Tesla Model 3 and Y vehicles and why not any from prior to 2021.

See also  Why Don't Electric Cars Charge Themselves? (Ways They Could)

The general consensus in the online community has been that the strange humming noise experienced by some Tesla 3 vehicles is in fact just the cooling pump, which functions to keep the battery pack at a certain temperature.

It is important to consider that if you are used to the noises from an ICE vehicle, as many of us are, then it may take some time to adapt to the unfamiliar noises of an electric vehicle.

The problem does seem to only affect some vehicles, only some Tesla Model 3 and Ys from 2021. It has been proposed that this may be due to low-quality cooling pumps or their components although this claim has not been proven and Tesla has always maintained that the noise is totally normal and is nothing to be concerned about.