Why Do Teslas Have A 12v Battery? 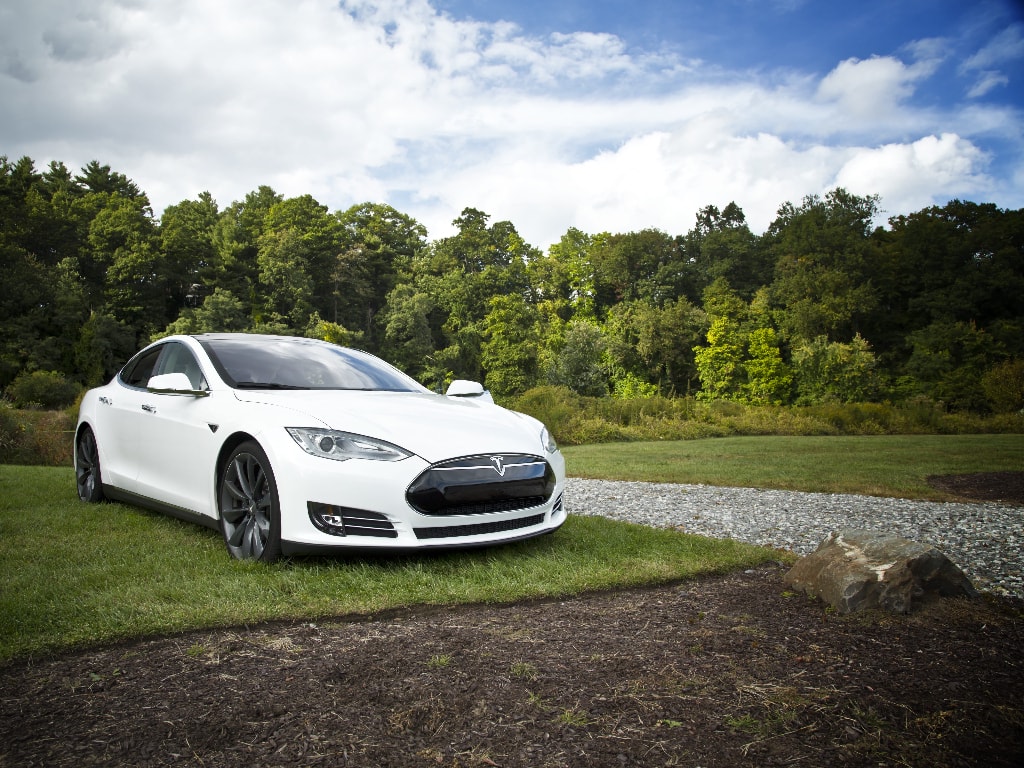 The Tesla 12V battery is present in all Tesla cars. With all that electricity coming from the high storage capacity power pack to drive the car, it begs the question: why is an additional battery needed?

The Tesla 12V battery is used to run ancillary car components safely and efficiently. Without it, the 4-kilowatt power pack would have to be used. This would damage electrical components such as electric window motors, lights, and the onboard computer. It also helps to maintain that all-important range. However, the use of car systems such as electric windows and lights does affect range indirectly, see why below.

Teslas have the same legal requirements for exterior lights as any other vehicle. These are dipped headlights, full-beam headlights, side indicators, fog lights, and brake lights. The exterior lighting system in a Tesla is all run from the 12V battery.

Why Not Run These From The Powerpack?

The voltage of the power pack used to drive Tesla vehicles is far too high for running lower voltage vehicle components such as lights. Voltage can be thought of as electrical pressure, and the battery is a reservoir or lake. Trying to run vehicle lights from the powerpack would be like trying to water your garden directly from a hydropower station.

The 12V battery allows the safe running of these lower voltage components. The powerpack would provide too much voltage and burn out components such as lights unless the voltage was significantly attenuated.

Tesla electric window motors and car computers also run off the 12V battery. There is little difference between Tesla systems and conventional vehicles in this respect.

See also  At What Speed Is An Electric Car Most Efficient?

The 12V Battery Does Not Run Cabin Heating

Which Type Of 12V Battery Do Teslas Use?

A conventional lead-acid 12V battery is used in most Tesla vehicles. It is said to be one of the first components in a Tesla to need replacing, with a lifetime of 3-5 years (as in a conventional vehicle). To overcome this, Tesla has introduced the use of a lithium-ion, 12V battery in the recently launched Tesla Model S Plaid. Lithium batteries have a longer life and are lighter (though are more expensive to manufacture).

A lead-acid battery is designed to produce the high current needed to turn an ICE over before the engine starts. This isn’t necessary for an EV. Lithium-ion batteries are far better suited to EV applications due to their longer life and lighter weight.

Tesla drivers can replace their lead-acid battery with a lithium-ion when they are notified to do so if they so wish. However, the cost ($400-500) is about 3-4 times that of a conventional lead-acid battery ($100-150).

Do Using Ancillary Components Affect Range In A Tesla?

With ancillary components being run from a separate battery, it might seem sensible to assume that using them will have little or no impact on the driving range. However, this is not the case.

However, the 12V battery is only charged by the power pack when its voltage drops below a certain level. If the 12V battery is healthy, the normal use of ancillary components will have therefore a minimal impact on the driving range.

However, this isn’t always a straightforward swap. Third-party lithium-ion batteries have been known to throw up error messages. A recent discussion on the Tesla forum indicates that Tesla owners do not find the higher cost and potential fault issues associated with after-market lithium-ion batteries worth the change.

Tesla owners have reported 12V lead-acid batteries dying within the first two years of use. This is considerably shorter than the intended 3-5 years.

However, this seems to be more of an issue with older Tesla models. Issues over the killing of the 12V lead-acid batteries before their expected lifespan appears to have been resolved in later Tesla models. This is thought to be due to changes in software design rather than physical changes to the cars.