What Happens If I Put Gasoline In A Tesla? (Bad Idea) 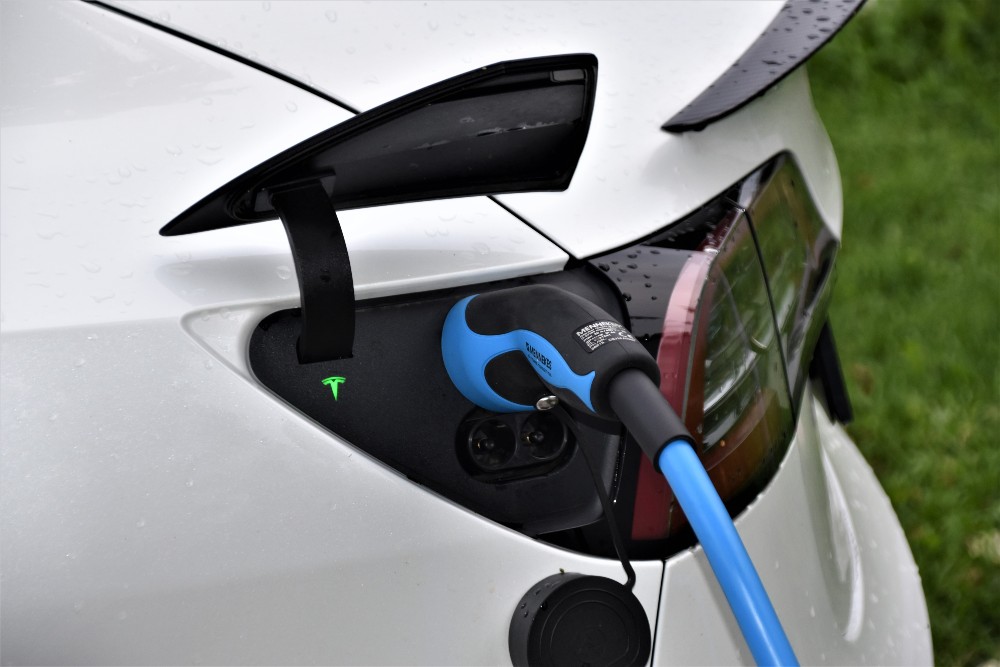 I feel like there is some confusion over electric cars having an option to also put gas (or petrol in Britain) in them. Perhaps people are mixing up hybrid cars with fully electric ones?

Since all Tesla vehicles are 100%, there isn’t any fuel tank or any hole to put gas. Putting gas into the vehicle would be dangerous since gasoline is highly flammable.

Are Any of Tesla’s Cars Gas-powered?

Currently, all of Tesla’s vehicles are fully electric which means that there is literally nowhere to insert gas anyway. Tesla cars are run by electric motors so don’t have any of the components to run on gas, there’s no petrol tank, engine, or exhaust. So, even if you tried to insert gas somewhere in one of Tesla’s vehicles, nothing would happen, and it would be potentially dangerous. We do not recommend it.

One of the reasons Tesla vehicles are fully electric is because they want to produce clean transport, and ICE vehicles are a major contributor to pollution. This has been Tesla’s mission since its creation in 2003 and with time the company has diversified into other areas of sustainable energy such as Solar City.

How Are Tesla Vehicles Charged?

Tesla vehicles are charged by plugging them into a charging point and taking electricity from the grid. They then store the electricity in rechargeable batteries that power their electric motor. Tesla has a network of over 30,000 Superchargers around the world, and there are destination chargers also although these take longer to charge. You can also plug your vehicle into a charger at home although similar to destination chargers, they can take longer to charge up.

What Instances Might You Use Gas in a Tesla vehicle?

While it is never a good idea to put gasoline into the charging port, there is one instance where you might use gasoline for a Tesla and that would be if you were to carry a generator in your truck, then you could pour gasoline into the generator and use it to charge the battery. In an emergency situation, where you ran out of charge when you were far away from a charging station, this could be an option.

However, the fully electric vehicle is meant to have evolved past the need to power a car with fuel. For people who may not have owned an electric car, it can seem daunting having to navigate battery charge but really it is not any different from keeping an eye on how much fuel you have to get you from A to B.

What Are the Different Types of Electric Cars?

Although Tesla vehicles are fully electric, there are different types of electric cars on the market today. A plug-in hybrid predominantly runs on electricity but also has a traditional combustion engine which can be used if they run out of charge. These vehicles are somewhere in the middle of the green energy journey since they will still produce emissions when running on gas.

The other type of electric vehicle is a hybrid-electric, which runs primarily on gas but also has one or two electric batteries. The electric battery is recharged through regenerative braking and the internal combustion engine. It lets you switch between the fuel engine and EV mode. Hybrid-electric cars cannot be plugged into electric chargers and rely on gas for energy.

See also  Does the Tesla Model 3 have a Cigarette Lighter?

When people wonder if you can put gasoline in a Tesla, I think sometimes they are confusing a Tesla with a hybrid car. Tesla’s cars are fully electric.

Since Tesla is forging the way ahead for green vehicles, it is unlikely they will ever transition to hybrid vehicles, which still use gas, since it would be a devolution from clean energy. Hybrid cars on the other hand have the ability to use both gas and electricity.

Just remember, don’t try to put gas in a Tesla – it will not work.