Can You Put A Wind Turbine On An Electric Car? 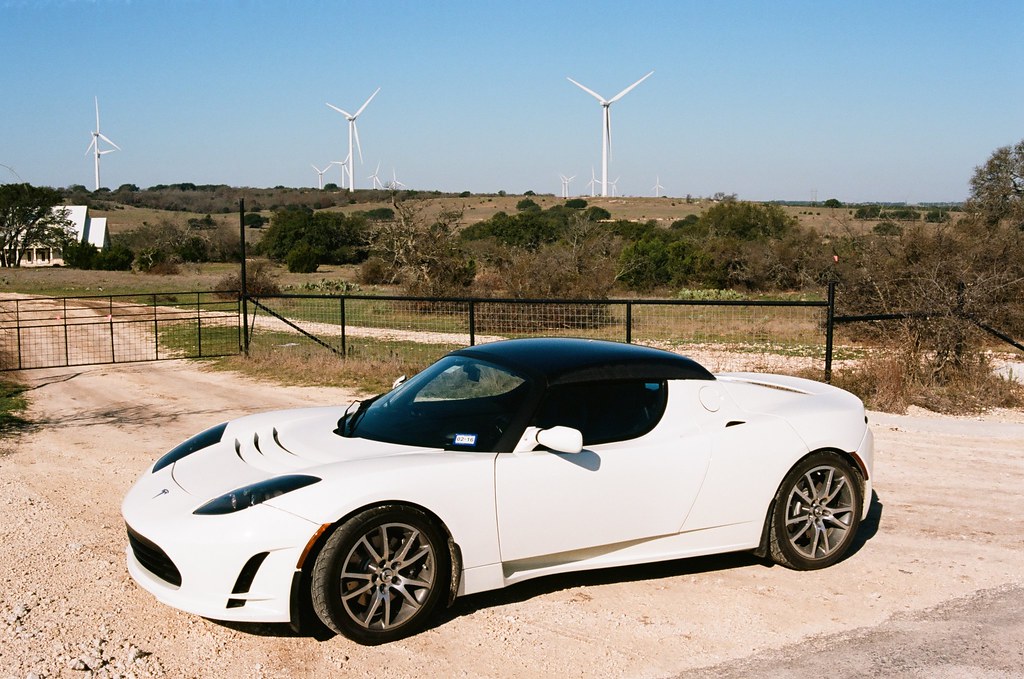 Photo by Zobeid Zuma under Public Domain Mark 1.0. We may collect a share of sales or other compensation from the links on this page.

As the world focuses more and more on using renewable energy sources and moving away from fossil fuels, have you ever stopped to consider if you can put a wind turbine on an electric car and what the effect might be?

Well, if the answer is yes, then you’ll be pleased to know that one manufacturer has already developed a wind-powered EV, and several leading auto manufacturers, including Toyota and Lexus, are exploring the role wind power can play in the future evolution of mainstream electric vehicles.

The Possibility of Wind Power

Using wind for transportation is thousands of years old, with some experts citing that it was first used as far back as 5000 BC. The idea of using massive cloth sails to capture the wind’s energy and harness it to move giant ships across the oceans has been going on for centuries and continues to be used today.

On a much smaller scale, airboats use massive turbines to generate thrusts across the water in shallow or congested areas where a traditional propeller would get snagged.

How Do Wind Turbines Work?

To enable us to consider further if adding a wind turbine to an electric car is a viable option and what value it might have by adding wind power to an existing electric vehicle battery power system. We need to understand the process of how wind turbines work and how they contribute to delivering renewable energy.

Wind turbines are really no more than giant windmills that use the power of the wind to generate electricity.

See also  Can Teslas Safely Charge in The Rain?

The principle behind how a wind turbine works is pretty simple, instead of using electricity to make wind like a fan. Wind turbines manipulate the wind to create electricity. The wind turns the giant propeller-like blades of a turbine around a rotor, which spins a generator that produces electricity.

However, to maximize the energy wind turbines can create, they need to be located in the windest place possible; this is why you are more likely to see them on hillsides, on the coast, or out at sea and not in built-up urban or suburban areas.

Currently, the majority of wind turbines fall into two types;

Wind turbines range in size from 100 kilowatts to as large as several megawatts. Larger wind turbines are more cost-effective and are typically grouped into wind plants, providing bulk power to the electrical grid.

The ‘Eolic’ is the First Wind-powered EV in The World

Argued by many to be the first official wind-powered car, the Lotus Nemesis was actually a hybrid that used electric power as well as a turbine.

Whereas the Eolic, which was invented back in 2018 by Javier Roldan for the Industrial Corporation Minuto de Dios in Colombia, takes its name from the fact that it is the first ‘eolic’ car ever, signifying that the wind powers it. Featured a new and effective system that used the energy of the wind to charge its batteries.

The system was based on the principle of the spinning wind turbine. It featured giant horizontal propellers or wind turbines on the front of the car, which spin as fast as the car moved, taking in the wind and converting it into electricity to charge the car’s batteries.

Such was the result of adding wind turbines to the front of the car that Roldan not only claimed that the system was highly cost-effective but also claimed that the car would deliver 100 km of range and had a top speed of 100 km/h, which was pretty impressive at the time.

But while the technology might have been crude at the time and the addition of giant horizontal propellers on the front of the car did little to enhance its overall looks, it demonstrated that this was a chapter in the history of electric car development that was worth noticing.

A further example of adding a wind turbine to an electric vehicle has been witnessed in India, where what appeared to be a giant fan was strapped to the top of a Nexon EV. Unfortunately, little is known of how the car performed or if the process had any long-term future.

Other Ways in Which Wind Power Contributes to EVs

So while the idea of adding a wind turbine to an electric car is possible, it’s probably not currently top of mind for people like Elon Musk and the team at Tesla or any of the other major manufacturers for that matter.

See also  Does the Tesla Model 3 have a 'frunk' or a trunk?

More and more Electric Vehicle manufacturers are considering what role clean energy has to play. One such company is the US EV manufacturer Rivian. Makers of the R1S SUV and R1T pickup, and Amazon delivery vehicles. Who is considering installing a 2.8-megawatt wind turbine on the east side of its Normal, Illinois, manufacturing plant.

The wind turbine will provide enough clean energy to charge new R1 vehicles for the first time. The energy source will have the capacity to generate nearly 10 million kilowatt-hours of electricity a year – enough to power 890 average family households annually.

So while the idea of adding a wind turbine to an electric car is not totally out of the question, it does come with a couple of downsides. Primarily that fact that for the turbine to generate electricity. It needs the wind to continually turn the propeller blades, which is fine if the turbine is based high on a windy coastal ridge and is constantly in motion but not so good if it’s part of an Electric Vehicle stuck in the middle of suburban traffic on a wet Wednesday afternoon.

The other issue is that wind turbines create a drag, which would more than likely sap more fuel than the energy it generates.