Which Electric Vehicles Have Solid-State Batteries? 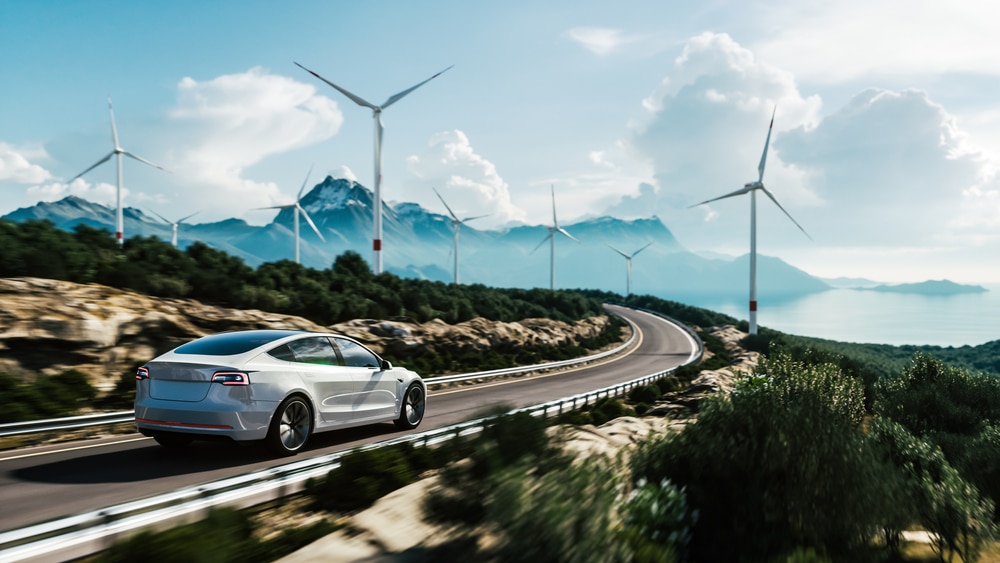 Looking for the latest news on EV solid-state batteries? Want to know when you might be able to buy one?

The only electric car with a solid-state battery is the Dongfeng E70 electric sedan. The E70 is only available in China and currently has only been launched as a fleet of 50 taxis. Also, the battery in the E70 isn’t a true solid-state—but it’s a step in the right direction. A number of car manufacturers have launch dates planned for EVs with solid-state batteries.

What Is A Solid-State Battery?

In a conventional battery, the draw of power from the device to be powered (.e.g. a car motor) causes ions in the battery to move around in a liquid called an electrolyte. This movement of ions induces an electrical current and provides power to the car. In a solid-state battery, this liquid electrolyte is replaced with a solid electrolyte.

Why Are Solid-State Batteries Better?

The use of a solid electrolyte has a number of advantages. Firstly, they have a higher energy density. Solid-state batteries can provide the same power for a smaller physical space or weight. This is particularly useful in electric cars where space and weight is a key issues in-car performance.

Solid-state batteries can theoretically increase range by five times for the same physical space and weight in the car.

See also  Do the Rear Seats on the Tesla Model 3 fold down?

Which Cars Have Solid-State Batteries?

There is currently only one commercially available electric car with a solid-state battery. Chinese EV manufacturer Dongfeng announced its E70 sedan earlier this year for use in a taxi fleet.

Scooter company Gogoro launched the first solid-state battery for its vehicles recently. The company has cornered the swappable battery market, and so far has been using normal Lithium-ion batteries.

The new solid-state prototype has been developed through a partnership with  Taiwanese company Proligium technology. Owners of Gogoro scooters can swap out their batteries for solid-state replacements to save time on charging and to increase range.

Toyota has announced that it will launch its first solid-state battery EV by 2025. They have thousands of patents in this space through their partnership with Panasonic. Nissan announced last year that they are investing $17.6 billion in solid-state battery research with a view to launching such a vehicle by 2028.

Porsche is expecting to have pilot production plants by 2025 or 2026.

Earlier this year, the E70 commercial Sedan was launched by Dongfeng as a fleet of 50 taxis. The cars are the result of a collaborative project between Dongfeng and Ganfeng Lithium Battery. The cars also support battery swapping. This could therefore the dawn of solid-state battery EVs in China.

However, the batteries used in the E70 are not true solid-state. The batteries are described as “semi-solid lithium metal (Li-OH) batteries” and the batteries still contain some liquid electrolyte. Regardless, the batteries are a step forward in EV technology. They have the potential to nearly double the EV range for the same size and weight of the battery.

See also  Will Side-View Mirrors Soon Be Replaced By Cameras? (Are They As Safe?)

Gogoro is a Taiwanese scooter manufacturer. They have pioneered swappable batteries in their home country, allowing riders to swap their batteries to save on charging time. The company has had great success in Taiwan now owning over a third of the domestic scooter market share.

The company has partnered with a number of companies globally to toll out their platform in India, Germany, and Japan.

This option for riders allows them to increase the range for a single battery swap owing to the higher energy density of the solid-state batteries. The range is expected to increase by 140% compared to a standard liquid lithium-ion battery.

The scheme also provides added safety due to the risk of battery breakages and spillages when swapping them out on a regular basis.

Toyota has announced its plans to put its first EV with a solid-state battery before 2025. However, the batteries will first be used in hybrids—making the Prius the most likely candidate.

The company’s work on solid-state batteries for EVs is done through a joint venture company called Prime Planet Energy & Solutions established in partnership with Panasonic.

The joint venture company specializes in prismatic Lithium-ion batteries and is also working on solid-state batteries.

See also  Will The Cybertruck Have Colors? (Painted Over Stainless Steel)

Factorial Energy has developed a solid-state battery that provides 50 percent more range on each charge at a cost comparable with lithium-ion. The company’s technology is patented and trademarked as “FEST”™ (Factorial Electrolyte System Technology).

It has been scaled up to 40Ah cells and can be built using off-the-shelf technologies. Factorial is working with a number of different car manufacturers along with Daimler-Benz.

More recently, Mercedes-Benz has invested in Prologium which has also supplied Gogoro scooters with their swappable solid-state battery technology. Prologue and Mercedes have agreed on a technology development agreement with a view to putting solid-state batteries in Mercedes in the years ahead.

This will likely happen in the second half of this decade in line with Mercedes’s ambition to be all-electric by 2030. The technology partnership with Prologium is to include expansion of solid-state battery production across Europe.

BMW and Ford both invested in Solid Power in 2017, a solid-state battery developer and manufacturer based in the US. Since then Solid Power has announced its plans to ramp up production, with the first test cells being available to car manufacturers this year.

The company has a new Colorado facility to increase the output of sulfide-based electrolytes required for their solid-state batteries. A production line for battery cells with 100Ah capacity is in development.

These are sizes required by BMW and Ford for their electric cars. It is expected that cars with this technology will be available post-2025.

This has been achieved, and a second installment has been paid for further development. The testing requirements have not been specified, but there is an indication that it includes an 80 percent improvement on range over lithium-ion, 80 percent charge within 15 minutes, maintaining over 80 percent original battery capacity post 800 cycles and tolerating temperatures as low as -30 degrees Celsius.