How do Wet Can Teslas get? 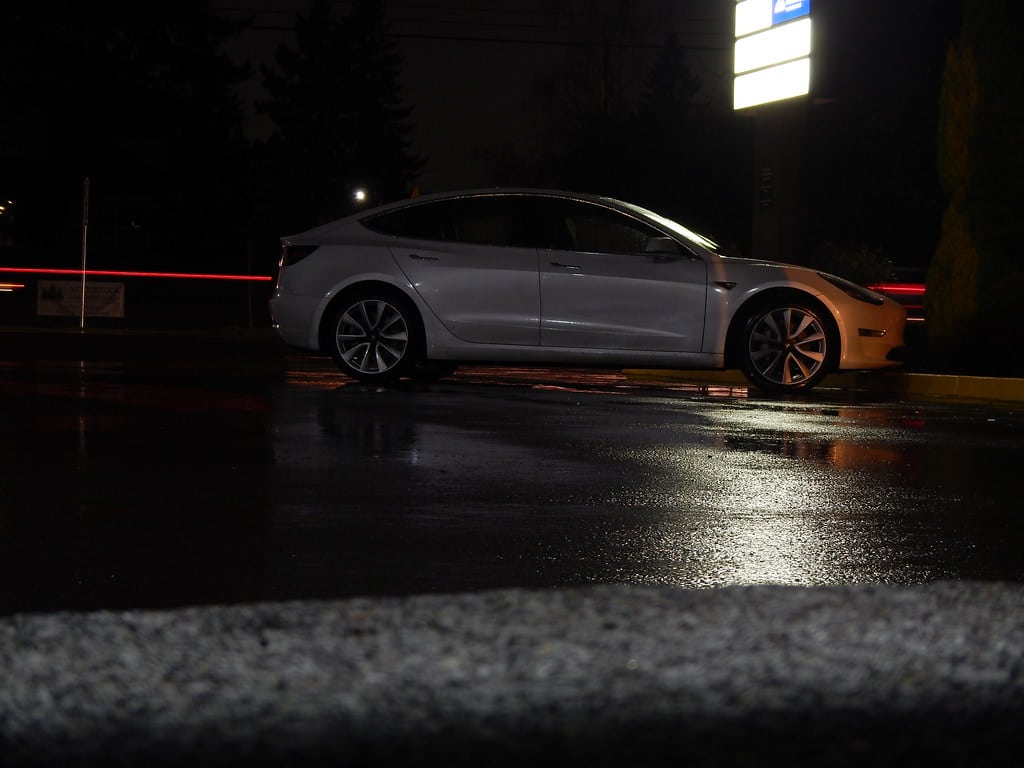 We have always been taught that electricity and water are not a good combination in any way shape or form, so I can see why some people may think that Tesla vehicles cannot get very wet or that they come off worse than their ICE counterparts.

Teslas generally do pretty well in poor weather conditions and we have evidence that they can make it through floodwaters. However, there is still a risk of damage to the vehicle and to the driver and for that reason, it is not recommended unless absolutely necessary.

Why Do People Think Teslas Cannot Get Wet?

I can definitely see why some people think electric vehicles cannot get wet or that they somehow perform much worse than gas-powered cars. After all, how many times were you told when you were little to keep water away from sockets?

Now, although I see that logic I do have to question why people then think that we would have electric cars on the road where a heavy storm would render them unsafe to drive. While this is an extreme misconception, there are still a lot of misconceptions that electric cars do not perform as well when wet or that they are less likely to operate in cases of flooding compared to gas-powered cars.

At this point, it has to be noted that Tesla does not recommend submerging your Tesla vehicle.

Can Tesla Vehicles Float in Water?

Model 3 driving through water? Recent torrential rains cause serious flooding in some cities in China. But that doesn’t stop this Model 3 getting to its destination. Bystanders are simply appalled by what they see. @elonmusk @teslacn pic.twitter.com/B29i4UI65q

A video was posted on Twitter in 2020 which showed an electric car, believed to be a Tesla Model 3, with water cascading around its sides. It had been a particularly rainy year and parts of China were seeing the world floods they had experienced in the last 20 years. Nonetheless, in the video thought to have been taken in China the vehicle coped well miraculously being able to maneuver seemingly effortlessly in the water until it reached a portion of the road that had shallower water.

Perfectly okay, somebody of our companions did this last year during our Croatia @Tesla Rally after heavy flooding on some rural streets with his Model S 😁🙂 pic.twitter.com/3qNsh32yru

This has not been an isolated case either. Another video was posted on Twitter showing a Model S making its way through a heavily flooded rural street in Croatia. It goes without saying that it looks like the car is pretty much swimming. Other videos have since emerged of similar water capabilities.

How well do ICE vehicles do in water?

Even with these videos of Tesla vehicles making their way through floodwaters, it is not generally considered a good idea unless you absolutely have to. So, do ICE vehicles do any better in heavy rain and flooding?

What happens when ICE cars go through deep water is the low-mounted air intake ports suck the water directly into the engine intake, which starves the engine of air causing it to stall.

Can An Electric Motor Work in Water?

An electric motor’s only moving part is a rotating driveshaft which has electrons pumped through a wire that coils around the driveshaft. This creates a magnetic current that makes the driveshaft spin.

However, since water is a conductor of electricity this means that electric charges are able to travel more than 50 feet in the water.

This is where the safety aspect of electricity and water comes in. So, it is important to stay away from power lines that have come down in the rain.

While human bodies are capable of taking a few volts in an electric shock, we really are not built to take any high currents.

Of course, car manufacturers shield the electronics of a vehicle from the elements to protect against these incidents. However, you could be left with costly repair bills if the battery, motor, or wiring needs replacing due to water damage.

I mean really it is best not to try and drive your vehicle through floodwaters unless you absolutely have to, whether you are in an ICE vehicle or an electric one.

However, there have been reports of some of Tesla’s earlier models experiencing damage just from the rain. There was a story in 2019 that said Tesla Model 3 bumpers were flying off the back of cars because of rain damage.

Tesla did post a service bulletin for Model 3s made before May 21, 2019, saying that cars might suffer damage if driven on roads with poor drainage or pooled water.

Similarly, some Model S owners have said that their cars were showing signs of water damage due to just driving through puddles. One person said the water was splashed up into the drive unit whereas another story said the puddle water had leaked into the interior.

It does have to be said that these reports seem to be very rare and it can be difficult to substantiate these claims but worth a mention I feel.

Are there any exceptions with Tesla vehicles?

While it is generally not a good idea to immerse your Tesla in large bodies of water, there is an exception – the Cybertruck. The Cybertruck which is due to go into production next year, will according to Elon Musk be able to float at least for a while in deep water.

It will also have the possible aftermarket accessory kit, Cybercat which will turn the vehicle into a fully functioning catamaran.

We know that Teslas generally withstand bad weather and looking at some online videos it appears that they can go through deep water without damage.

However, there is certainly a risk with driving them through floodwaters as there is with ICE vehicles too. Both vehicles can suffer damage when driven through deep water and it generally is not recommended, unless, of course, you are driving the long-awaited Cybertruck.