Is Elon Musk related to Nikola Tesla? The Story Behind the Name 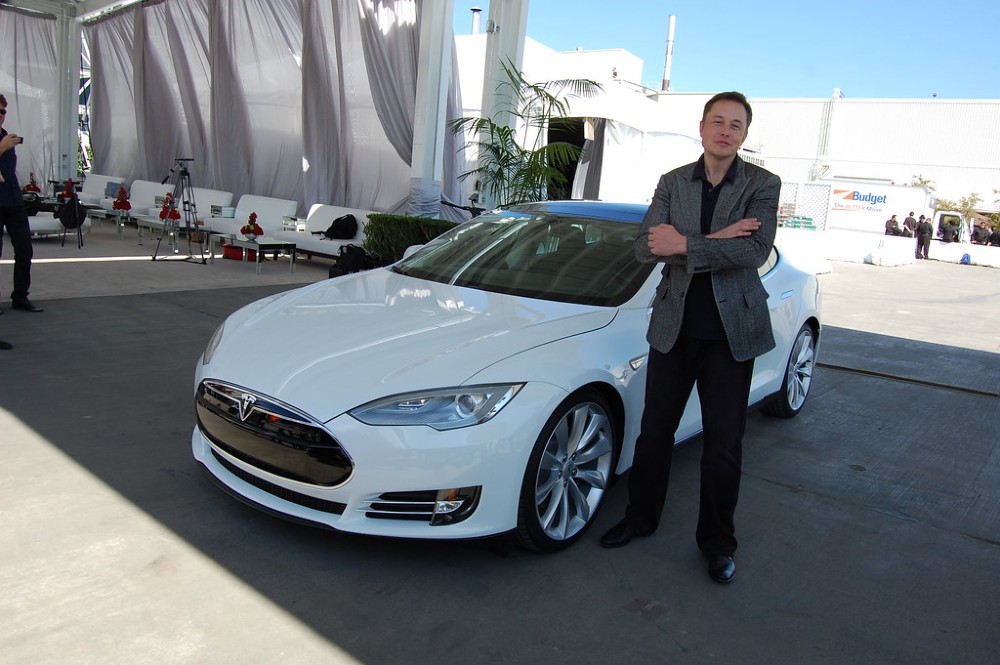 Photo by Maurizio Pesce licensed under CC BY 2.0. We may collect a share of sales or other compensation from the links on this page.

This is a common misconception I see a lot, and I think part of it stems from people thinking Elon Musk was the person who named the company. A quick trip through the history of Tesla can clear this up, though.

There is no evidence to support that Elon Musk is related to Nikola Tesla. The company was named by co-founder Martin Eberhard in 2003 and is thought to be a tribute to Nikola Tesla and his contribution to electrical engineering.

Misconceptions that Elon Musk is related to Nikola Tesla

I’ll admit I’m not a genealogy expert but from what I can see there aren’t any blood relations between Elon Musk and Nikola Tesla and there is often confusion around this topic. Many people assume just because Elon Musk is the face of the automotive and clean energy company that he had been there from the start. He hadn’t.

Tesla was originally founded in 2003 by two engineers Martin Eberhard and Marc Tarpenning in Califonia. The company was originally named Tesla Motors after Nikola Tesla. Nikola Tesla was a 19th-century inventor, famous for discovering the properties of rotating electromagnetic fields. This became the basis of “alternative current”, which is still used today. He is renowned for his contributions to electrical engineering.

What Were the First Years of Tesla Motors like?

At the founding of Tesla Motors, Eberhard was CEO and Tarpenning was CFO. Their aim was to develop and produce an entirely electric sports car but Eberhard had also said he wanted to build a car manufacturer that was also a technology company. So, even early on we know that Tesla cars were going to have technology at their core.

Tesla’s third employee was Ian Wright who just a few months after the company was founded. By February 2004, Tesla has raised $7.5 million in series A funding, of which $6.5 million of that came from Elon Musk who became chair of its Board of Directors. Musk at this point became the largest shareholder of Tesla. J.B. Straubel joined the company in May 2004 as a chief technical officer.

In 2006 their Tesla Roadster prototype was unveiled and the vehicle went into production two years later.

Changes in the Leadership Team?

Prior to the release of the Tesla Roadster, Tesla underwent significant changes in its leadership team. Eberhard resigned as CEO but remained a member of the Tesla advisory board. A Tesla investor, Michael Marks, took over as temporary CEO, and the position was permanently filled by Ze’ev Drori. Drori is often touted as the one who saw the Tesla Roadster through from prototype to product.

However, not long before the first Roadster was shipped (incidentally to Musk), both Eberhard and Tarpenning left Tesla, and in October 2008 Musk took on the role of CEO. Within his first month, Musk had announced that he would lay off at least 20% of Tesla employees, and would pump an additional $10 to $20 million of his own money into the company.

Unfortunately, Elon Musk’s transition to CEO did not come without its fair share of controversy with Eberhard and Tarpenning alleging they were ousted from Tesla. In 2009, Eberhard sued Musk and Tesla for issues that included libel and slander, saying that he had been forced out of Tesla and that the delays of the Roadster and financial problems had been blamed unfairly on him.

See also  Are all Tesla Model 3's fitted with AWD?

A spokesperson from Tesla confirmed that the defamation suit filed by Eberhard against Musk was settled out of court. It is believed that the litigation centered around Musk calling himself the founder of Tesla. The outcome was that they along with J.B. Straubel, Tarpenning, and Ian Wright were to be seen as co-founders of the company.

If Musk isn’t related to Tesla how are they linked?

Since Musk didn’t even name the company it would be incredibly unlikely there was a blood relation of Musk to Tesla.

However, Musk remarked in 2010 as a Tesla Roadster arrived in Budapest, which was at one point home to Nikola Tesla, that Nikola Tesla who held more than 700 patents was an inspiration to Musk and many entrepreneurs and inventors around the world.

He continued by saying that without Nikola Tesla’s vision the Tesla Roadster would not have been possible.

What Is In A Name?

It is thought that Eberhard named the company in 2003. Eberhard had spent months trying to name the company, not wanting the name to sound too engineer-focused or too ecological. He wanted it to sound like a car company rather than a Silicon Valley startup and it needed to be memorable.

It was at this point whilst on a trip to Disneyland that Eberhard thought about honoring Nikola Tesla, the Serbian-American inventor. Co-founder Tarpenning bought the domain teslamotors.com and the company was incorporated two months later. The company paid $75,000 for the Tesla Motors name since a man named Brad Siewert apparently already owned the trademark, and the domain cost considerably more.

Another name idea that had been considered was Faraday, presumably after Michael Faraday the English scientist who studied electromagnetism and electrochemistry.

In 2017, Tesla said in a filing with the SEC it planned to change its official corporate title to Tesla Inc. Elon Musk had tweeted about buying the tesla.com domain in 2016 saying that it had taken over a decade to acquire the domain for a cost of $11 million. He said at the time he did not like teslamotor.com even when the company was only making cars.

It is thought the move to just Tesla was in response to Tesla diversifying into sustainable energy as well as cars. The company had been growing its battery business and had purchased a solar-panel provider business, Solar City, in 2016.

The Tesla name is known far and wide nowadays but it is fascinating to find out how the company got its name in the first place. It clearly was a difficult decision to make. From there, we then see a name change 14 years later to reflect that Tesla was no longer just a car company. There is no evidence to suggest that Elon Musk is blood-related to Nikola Tesla, although it is apparent that Nikola Tesla remains a key historical figure for electrical engineers today.