Why Do Tesla Batteries Make a Pop Sound? 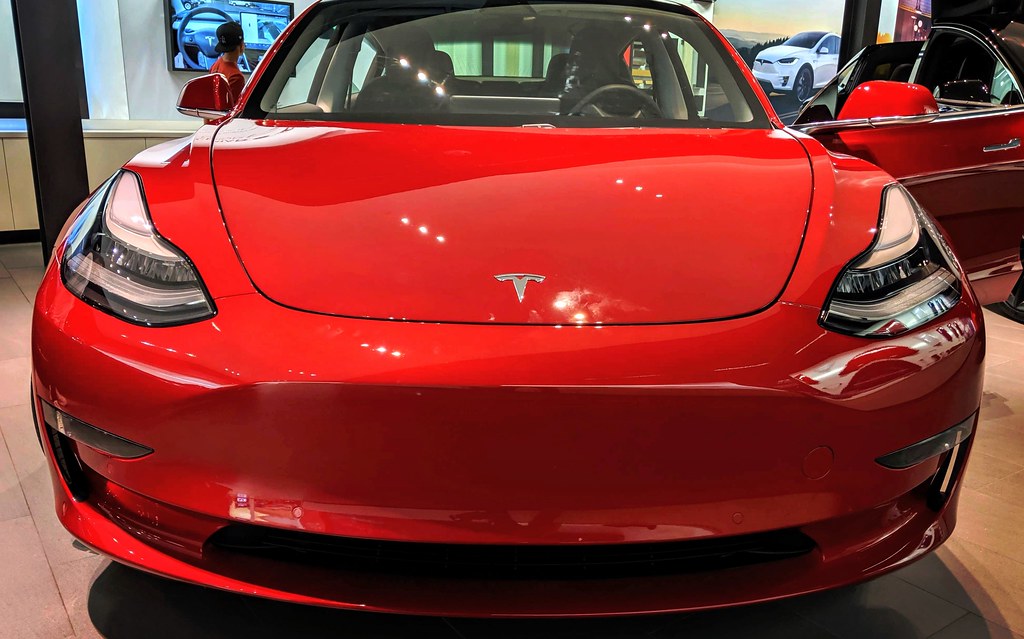 Photo by Bennilover licensed under CC BY-ND 2.0. Rechargd.com is reader supported. We may collect a share of sales or other compensation from the links on this page. As an Amazon Associate, we earn from qualifying purchases.

Have you ever heard your Tesla pop whilst charging? Or running downhill? This is an experience reported by many EV drivers and has caused alarm for some drivers. The reason why Tesla batteries pop is a function of simple chemical processes.

Should You Worry About Popping Noises?

Tesla batteries can make noises such as popping while charging or out on the road. These noises are nothing to worry about and are noticeable only due to the large size of EV cattery batteries compared to other battery-powered items such as laptops or phones.

Battery Contraction/expansion Due To Temperature Change

The first law of thermodynamics can be simplified down to a single statement: “neither matter nor energy can be created or destroyed”. When you charge an EV battery, you are putting large amounts of electrical energy into a unit of space more or less closed to its surroundings.

Most of that energy is stored as chemical energy—and is released as kinetic energy as you drive the car.

The popping noise is simply battery components expanding as the battery heats during charge. In fact, a greater worry would be no noise during charge. The noise itself is a means for the waste heat energy to be released safely.

People report Tesla batteries sometimes making a noise when out on the road. This can be due to variations in ambient temperature whilst going from one place to another. However, more likely this is due to changes in air pressure in the surroundings as you ascend and descend hilly areas.

This gives the battery opportunity to expand, as there is less air pressure pushing on the casing from outside. This will produce a popping sound as the battery expands. Likewise, a battery will be made to contract as you descend.

Eventually, the hydrogen finds its way out of the cells and out to the atmosphere. The build-up of hydrogen in the cells can cause the cells and battery casing to expand, creating a popping noise.

Eventually, the hydrogen reaches a certain level and is released into the atmosphere. It is this process that can also create a popping noise during charging.

This Sounds Dangerous, Is It?

No. All of the chemical processes mentioned above are simple processes to be expected in any chemical system. Tesla batteries are Lithium-Ion, unlike conventional car batteries which are lead acid. Li-ion batteries are much safer than lead-acid batteries, as they do not contain highly corrosive sulphuric acid.

The amount of hydrogen created and released during the charge of Lithium-Ion batteries is also much less than that of conventional batteries. Charging a conventional car battery should only be done in a well-ventilated space due to the quantity of hydrogen produced.

The main risk with Lithium-Ion batteries is flammability. However, the temperatures generated during the charging and discharge of a Tesla EV battery are far below those needed to produce a live flame.

Tesla owners will notice a range of other noises which might not be found in a conventional car. These might be heard from within or outside of the vehicle and may vary from model to model. Inside the vehicle, drivers of front-wheel or all-wheel drive models may hear a motor-inverter whine coming from near the front wheels.

The pitch of the noise will increase with speed. This noise should be noticeable but not so excessive as to impinge on the driving experience.  Drivers of rear-wheel-drive vehicles will not hear this noise as it is too far from the cabin.

Another noise that can be heard on Tesla models after late 2016 is a quiet whirring from the passenger side left vent (on RHD models). These fans are part of the car computer’s fan system and run whenever the car is on. They will continue for about one minute after shut down as well.

A one-second whirring followed by a click may also be heard within the cabin when switching into or out of park mode. This typically will only be heard if a window or sunroof is open. This is the rear brake caliper’s electrical system functioning. The click is the brake calipers slipping into place.

See also  Why Is Silver Used in Electric Cars? (The Truth)

What The Experts Say

Some researchers are looking at the charging cycles of lithium-ion batteries to see how much hydrogen is produced during charging. They are also looking at how much other gases such as carbon monoxide (which is poisonous) and carbon dioxide are being produced.

However, this is not being explored with respect to the risks associated with charging batteries in the home. Rather, it is to better understand how the service life of batteries can be extended.

A Tesla battery can make popping noises for three reasons:

These are all normal and to be expected. In fact, the absence of these noises would be a greater cause for concern, as the noises are a means for waste energy to escape and avoid severe battery damage during changes in conditions.