Does the Tesla Model 3 have a Cigarette Lighter? 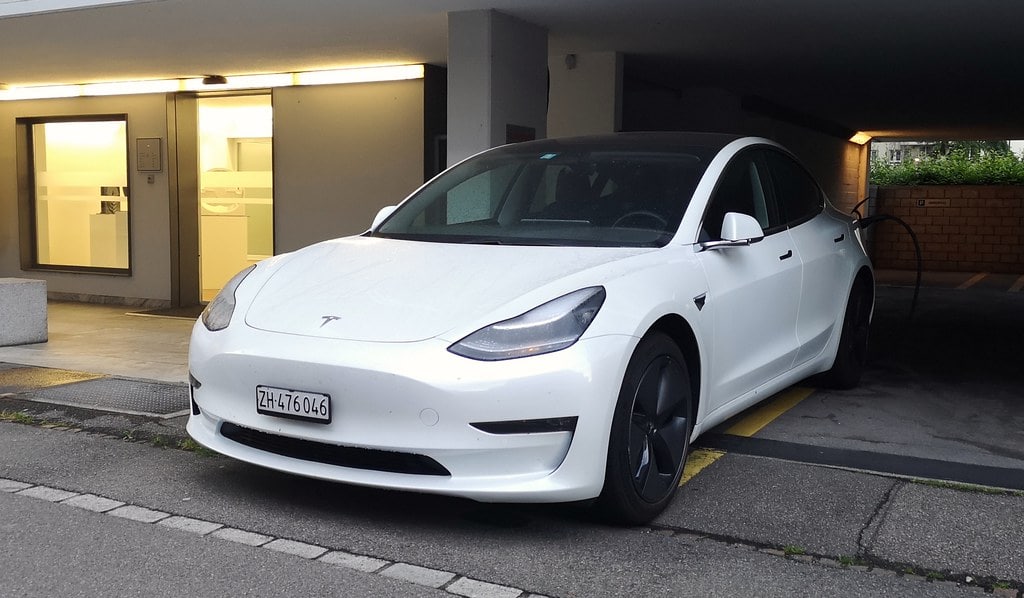 Photo by crash71100 licensed under CC0 1.0. Rechargd.com is reader supported. We may collect a share of sales or other compensation from the links on this page. As an Amazon Associate, we earn from qualifying purchases.

There was a time when cigarette lighters in cars were considered cool and sophisticated; they were right up there with Black Leather driving gloves, 8-Track Tape Player, Sheepskin coats, Blue Nun, and the Austin Maxi.

Today like so many things from that era, they’ve either been discarded (which in the case of the Austin Maxi is no bad thing) or been reinvented. Hence why today, the Tesla Model 3 doesn’t come with a cigarette lighter as such but comes instead with a 12volt power socket so owners can connect, amongst other things, a portable cigarette lighter socket assembly.

How Did a Typical Car Cigarette Lighter Work?

The idea of a car cigarette lighter was pretty simple in its design. It consisted of a nichrome wire coil that heated until it glowed by a strong electrical current similar to a small one-bar electric fire.

It worked by the driver pushing in the cigarette lighter, which pressed the device into an electric receptacle, allowing the current to heat the coil. A metallic strip then bent away once the lighter was hot, allowing the device to pop back out for use.

However, the real fun came when the driver was trying to hold on to the steering wheel with one hand while with the other, trying to line up the end of the cigarette with the lighter and concentrate on the road all at the same time.

Centred in the dashboard trim, as two separate items, ashtrays and cigarette lighters first made an appearance in cars during the early ’50s and ’60s. Then later in the ’70s and ’80s, designers moved them and teamed them up to become one complete unit generally in the centre console.

It wasn’t until the ’90s, as people became more health-conscious and the issues surrounding second-hand and passive smoking became apparent, that manufacturers removed them altogether.

Where is the 12 Volt Power Socket in a Tesla Model 3?

The 12 Volt power socket in the Tesla Model 3 is located at the center of the console’s rear compartment and is the only place where you can connect a cigarette lighter assembly socket in the car.

Can you use the 12 Volt Power socket in a Tesla Model 3 for a cigarette lighter, and is it safe?

Typically, the 12 Volt power socket in a Tesla Model 3 would be used to charge a mobile phone or run a laptop computer. But that’s not to say you cannot use it to power a cigarette lighter assembly safely.

This is because the power outlet in the Model 3 is fused for safety purposes. Unlike typical ICE vehicles, Tesla uses e-fuses integrated into the circuits, so if an e-fuse to an outlet does detect too much current or voltage, it can quickly adjust the flow of electricity to a safe range.

As a result, if for any reason the e-fuses trip, they will not damage other electronic systems. However, you may need to power cycle to restore the power, and you can find more information regarding the cycling procedure in your Model 3 manual.

Should you use the 12 Volt Power socket in a Tesla Model 3 for a cigarette lighter?

While we’ve suggested that there shouldn’t be an issue in plugging a portable cigarette lighter assembly into the 12 Volt power socket on your Tesla Model 3 and that it is perfectly safe, whether you should do so or not is another question altogether.

Particularly when considering Tesla’s warnings regarding connecting a cigarette lighter socket to the 12V power outlet on the Model 3 – ‘there is currently no official aftermarket cigarette lighter approved for use by Tesla’.

So if you’re going to use a cigarette lighter that works with a 12-volt outlet in your Model 3, you do so at your own peril.

While we live in a world where we can all make our own choices, it’s worth remembering that by smoking in a car, not only do you run the risk of permanently odorizing the upholstery. But according to the Kelley Blue Book, it can also affect the resale price by as much as 7.7%.