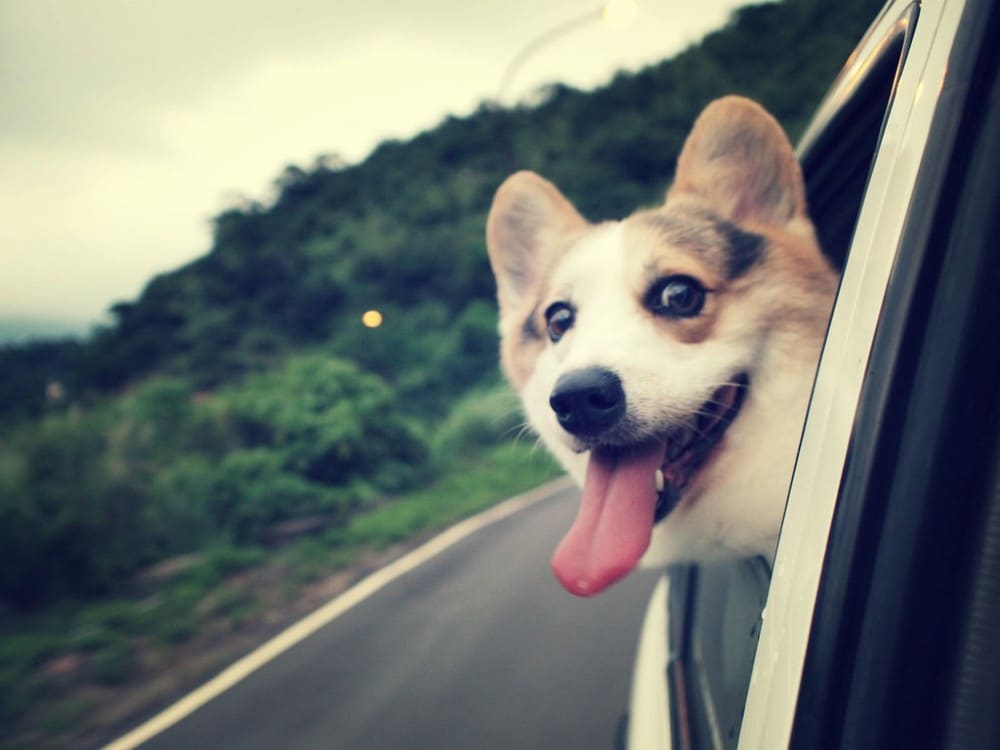 Photo by Nisa yeh licensed under CC BY-SA 2.0. Rechargd.com is reader supported. We may collect a share of sales or other compensation from the links on this page. As an Amazon Associate, we earn from qualifying purchases.

To date very few electric cars have Dog Mode, Tesla was the first and released their ‘Dog Mode’ in 2019, however, it could soon be joined by Ford. Who, according to the Lighting Owners forum, filed a patent back in 2018 and is scheduled to be published later this year [2022].

Dog Mode is another initiative from the engineers and boffins at Tesla and it was designed to help make it safe for owners to leave their pets in the car for a short period of time; it is part of the Tesla climate control management system and is available currently in the Tesla Model Y, Model 3, Model S and Model X.

Why Do You Need Dog Mode?

Picture the scene; it’s the ultimate summer’s day. The temperature is up around the mid-eighties, and you and your best friend are out in the car – after all, who doesn’t love to ride in the car with their head out of the window, and the both of you are having a fantastic time – but then sadly it all goes disastrously wrong.

You make the fatal error of deciding to run a couple of errands while you were out, leaving your dog in the car.

After all, what harm could come to them in five minutes and the windows are cracked open, but that quick five minutes can turn into thirty minutes in the blink of an eye.

During that time, the outside temperature of 85 degrees has become approximately 119 degrees inside the car, similar to what you would find in the dead of summer in the Sahara desert.

See also  Is The Tesla Model 3 Acceleration Boost Worth It? (Our Analysis)

However, instead of wearing a relaxing breathable cotton top like you’re wearing, your dog has on a thick fur coat. The net result is that your dog dies suffering from severe heatstroke, and as they say, the rest is history.

Who Came Up With The Idea Of The Dog Mode For Teslas?

It would appear that the idea for the Tesla Dog mode didn’t come from any of the highly skilled team of engineers and designers at Tesla.

It resulted from a Tesla fan tweeting Elon Musk asking him to introduce a dog mode feature on the Tesla range and Musk, being the visionary he is and well-known for his Twitter activity. Quickly replied, “yes,” and the Tesla Dog Mode was born.

Can you put a dog mode on the Tesla Model 3. Where the music plays and the ac is on, with a display on screen saying “I’m fine my owner will be right back”?

How Does The Tesla Dog Mode Work?

The Tesla dog mode is part of the climate control management feature and is designed for drivers to keep their pets safe in a climate-controlled and comfortable environment.

Available on the complete Tesla model line up the feature enables the driver to adjust the temperature to keep their pets warm or cool depending on the climate conditions.

To alert ‘passers by’ to the fact that the Dog Mode function has been activated, a message is displayed on the Tesla’s screen saying, “My owner will be back soon. Don’t worry! The heater [or A/C] is on, and it’s XX degrees.” The message explains that the pet is safe in the car and the owner is in the local vicinity.

See also  Why Do Electric Cars Look So Weird?

Is There A Time Limit For Using The Dog Mode Feature?

No, the Dog Mode feature will remain on until your car runs out of battery. Your car’s battery directly powers the heater or the air conditioner. The climate control feature draws the most significant amount of power after driving.

But the amount of energy consumed is conditional on the outdoor temperature and on the battery being able to keep the cabin at the specified temperature.

To help you better understand the estimated amount of power required by the battery, it’s equal to driving at approximately four miles per hour.

However, you need to consider that this is only an estimate and can change depending on whether or not you are running the vehicle’s air conditioning or heater systems, the external temperature, and which model Tesla you are driving.

To assist you further, if you’re away from the car for an extended period and the battery drops below 20%. A notification is sent to your phone advising you to return to your vehicle.

Are There Any Drawbacks To Using The Tesla Dog Mode?

Unfortunately, when the Dog Mode is activated, it is not possible to engage the Sentry Mode, which is the security system that monitors what’s happening in the car’s surroundings once it has been locked and parked.

What Is The Tesla Sentry Mode

Sentry Mode is Tesla’s external camera security system that detects any uncommon or menacing movements. Suppose a minimal threat is caught, like someone leaning up against the vehicle.

In that case, the Tesla sentry mode switches to the “alert state”, and the interior screen displays a warning that the car’s cameras are monitoring what’s going on.

However, if a more immediate threat is identified, for example, someone trying to enter the car illegally. The sentry mode will switch to “alarm mode,” which will activate the car’s alarm, increase the screen brightness, and turn on the car’s audio system to maximum volume.

At the same time, the owner will receive a notification on their mobile phone that an incident has taken place. Owners can then download the video via their Tesla mobile app for use at a later date or as part of future criminal proceedings.

However, you would hope that the sight and sound of a barking dog would more than make up for the fact that the Sentry Mode has not been activated and would scare off even the most hardened of car thieves.

Is The Tesla Dog Mode Easy To Use?

Using the Tesla Dog mode couldn’t be easier; you access it through the car’s climate-control settings. It can be turned on by simply selecting the fan icon at the bottom of the Tesla 15-inch screen and selecting “Dog” on the far right under the “Keep Climate On” settings.

Then, when you exit your Tesla, a message is displayed that reads: “My owner will be back soon. Don’t worry! The heater [or A/C] is on, and it’s XX degrees.”

Key Fact: The unit of power, Horsepower (hp) is equal to 746 watts.

See also  Why Don't Electric Cars Charge Themselves? (Ways They Could)

The dog mode is available in all current Tesla models, and you do not require premium connectivity to receive any notifications or control your car from your Tesla app.

The Tesla Dog Mode will automatically turn off once you are back in your car and you start driving.

To see the Tesla Dog Mode in action Tesla released the following video on social media, and you can watch it here.

To leave your pet in a hot or cold car is a pretty dumb thing to do, and the outcome can be serious if not deadly. However, we would like to think that if someone is smart enough to drive a Tesla, then they are probably more than smart enough to control the climate in their car.