How Can You Open The Tesla X Doors Manually? & When Would You Need To 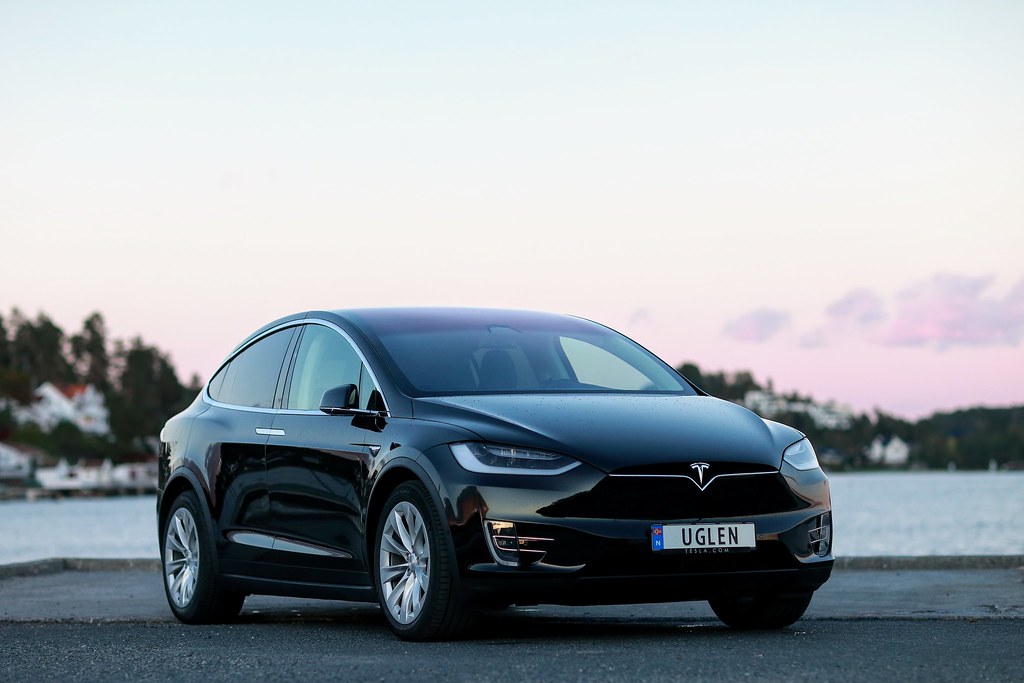 Photo by Pål-Kristian Hamre licensed under CC BY-SA 2.0. Rechargd.com is reader supported. We may collect a share of sales or other compensation from the links on this page. As an Amazon Associate, we earn from qualifying purchases.

We all tend to think that emergencies happen to other people but not being prepared can be dangerous, if not deadly. While the Tesla Model X is often noted for its unique Falcon Wing doors, not everything considers what would happen if for some reason they lost power and were unable to open the doors the front doors and the Falcon Wing doors had lost power.

The Tesla Model X has a mechanical latch override cable to allow manual release of the Falcon Wing door from its latches. The pull cable is located behind the speaker cover in the front bottom corner of each Falcon Wing door but should only be used in emergencies.

In 2017, this dilemma was put to the test when an accident occurred in China involving a Model X car. According to reports, the owner Lee Tada claims she was sitting in the back of her vehicle with her boyfriend when the car was involved in an accident.

Normally the car’s Falcon Wing doors swing upward to open, controlled by sensors, but according to the car owner, the Falcon doors did not open so they had to escape out the front doors before the car caught fire.

Ms. Tada demanded compensation of eight million Chinese yuan ($1 million). However, in a statement from Tesla China, the company responded by saying the lives of the owner and passengers were not threatened and that they were working closely with the relevant department.

How Do You Open the Model X Falcon Wing Doors Manually?

Tesla already had the answer in the Emergency Response Guide for the Model X, which is similar to the evacuation manual you get when flying on airplanes. It is also in the manual for the model. It says there is a mechanical latch override cable to enable the manual release of the Falcon Wing door from its latches. There is a pull cable located behind the speaker cover in the front bottom corner of each Falcon Wing door.

See also  Can Teslas Be Stolen? Security Vs Other Cars

According to the manual, if you look directly at the speaker cover there is a lip in the upper rear corner of the cover. By removing the cover, which will expose the speaker you will see an adjacent thin metal wire. Tesla advises tugging onto the metal wire towards the front of the vehicle and the door should unlatch.

Is It Easy to Open the Falcon Wing Door Without Power?

While it is critical to have a manual way to open the Falcon Wing doors, it is another whether in a panic you would find it easy. However, another comment that has been made regarding the manual opening of the door is that it is difficult to manually open due to the weight of the door.

YouTuber Xiaomage put this scenario to the test in a video aiming to show how to open the Falcon Wing door. He noted during the demonstration that even for him, a man, it was difficult for him to push it away. It was clear from the video that some strength was needed to open it manually.

How Do You Open the Front Doors Without Power?

In the event that you need to open the front door without power, you can just pull up the manual door release which is located in front of the window switches. However, Tesla does note that manual door releases are designed only to be used in situations when the Model X has no power.

For all other instances, drivers and passengers should use the button located at the top of the interior door handle.

See also  Why Does The Tesla Model 3 Make a Humming Noise When Parked? (What it Really Means)

Why Do People Dislike the Falcon Wing Doors?

One of the most notable features of the Model X is the Falcon Wing doors; however, you may be surprised to learn that they have had the basis of complaints among owners. The vehicle was originally marketed to be an easy way to get family members out of the vehicle providing better access to the rear rows compared to sideway opening doors.

However, numerous people reported the doors opening and closing randomly, or one closing properly but not the other. In fairness, most of the problems were reported when the vehicle first was released. With the numerous complaints, Tesla ended up firing and suing the original manufacturer or the doors.

According to AutoSafety, the subsequent door manufacturer apparently worsened the problems as some people complained that the sensors on the door were less sensitive.

If in the event where you lose power, it is possible to manually open the Falcon Wing doors. For those who do not peruse the manual at length though, you may not know where to locate it. So, for this reason alone it is worth checking out where the manual release is located.  Love them or hate them, rather be on the safe side.