Why Electric Cars Are Never Manual? (Automatic vs Stick Shift) 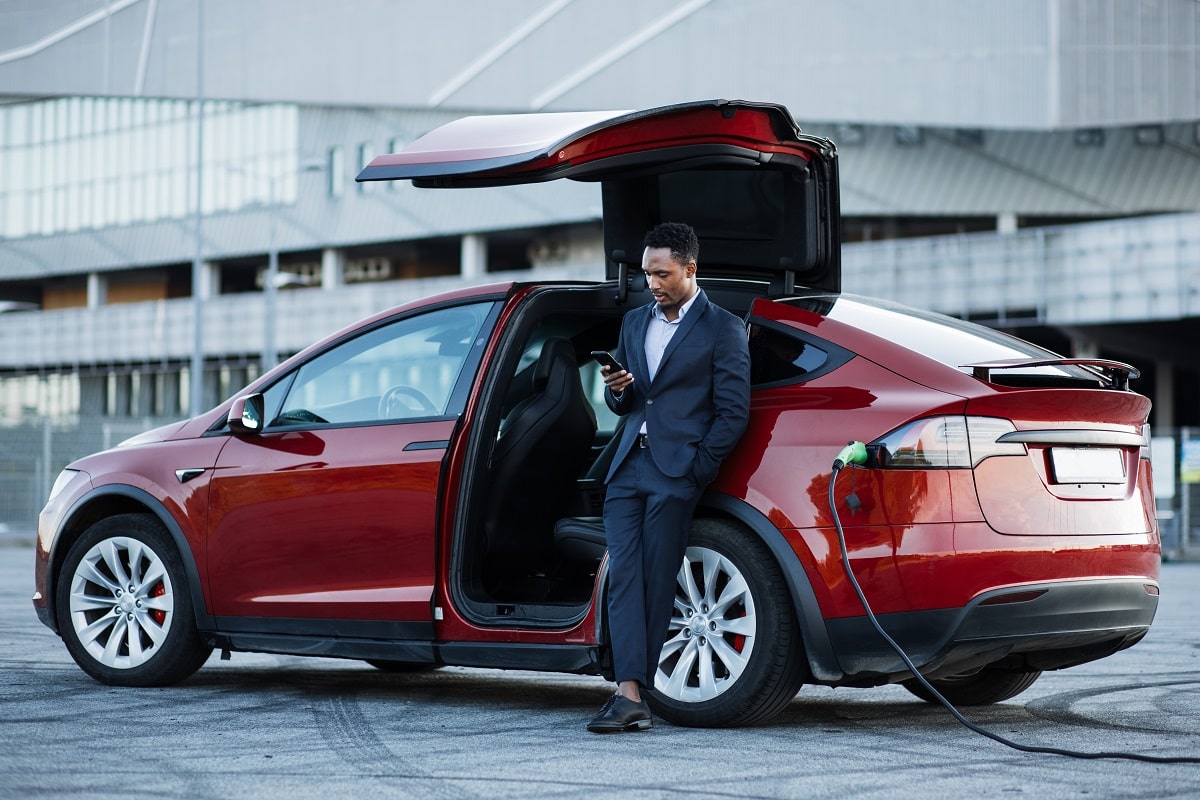 Almost all-electric cars are automatic but many have asked the question of just why this is and what benefits come with having an automatic car?

Electric cars are automatic rather than manual since they do not need a clutch or gears to power the car. Torque is delivered instantaneously when the accelerated is pressed. Although it is possible to add gears, the majority of electric cars just have single-speed gear.

However, one of the reasons some people are reluctant to buy an electric car is due to them being automatic.

Why Do Electric Vehicles Have Automatic Transmissions?

The simple answer is they do not need manual transmissions. Whereas in an ICE vehicle, you need the rev from the engine to access its full power and torque, so you need a transmission with varying gear ratios. Electric cars on the other hand instantly deliver that power and torque when it is put into drive, so you only need a single-speed transmission.

Although it is technically possible to add gears to an electric car, it is not needed. However, some electric cars do have a multiple-gear transmission, which can be used for performance optimization. One of these cars is the Audi e-tron GT,  which comes with a two-speed automatic transmission. The car boasts 522 horsepower, with the first gear managing launch control, and the second or top gear for improving the car’s range.

Although the majority of drivers still drive manual cars, they can be difficult to master when learning to drive. Having to change gears to accelerate, particularly in traffic can be difficult for learners, or the dreaded clutch control of a hill-start.

See also  Does The Cybertruck Have A Spare Tire?

Manual drive cars can certainly take a little time to learn, although as with any skill, once learned it does become second nature. Automatic transmissions, on the other hand, are not devoid of their own challenges and can sometimes overshift or get stuck while driving. They can also be more expensive to fix due to the extra components.

It is not just fully electric vehicles that are automatic, but also hybrid cars too. Most use continuously variable transmissions in their automatic gearboxes.

Tesla, probably the most well-known electric car manufacturer did actually have two gear speeds in their first Tesla Roadster. However, as they were electric vehicles they still did not have a clutch as it was not necessary. All Tesla cars have manual transmissions, whose electric engine provides so much torque compared to a manual transmission it would not be able to cope.

While almost all-electric cars are automatic, there is a small percentage that are not. For instance, Ford released a one-off electric version of its Mustang in 2019 which featured a six-speed manual gearbox.

How is driving an automatic electric car different?

One of the reasons drivers can be reluctant to switch to electric cars is due to them being automatic. If drivers have been driving manual cars for a long time, it can be quite a significant change across to a manual car. It is not just that there is no need for a clutch and gear level anymore, but the driving experience can also be different.

Some will see driving an automatic vehicle as a bonus though. Without a clutch or gears to change it is generally considered easier to drive.

Imagine never having an embarrassing stall incident at traffic lights again. This is good. The electric car takes care of gear changes for you automatically as you accelerate and decelerate to your heart’s content.

Furthermore, there is not the jerky movement that can sometimes happen with a manual car when changing gear, but rather a smooth, linear acceleration or deceleration. Essentially, electric cars have only one gear for drive and reverse.

For a seasoned driver though who has driven a manual car for a long time, moving to an automatic car may be a bit daunting. In fact, there can be many reasons why drivers prefer manual cars.

It is thought that manual transmissions allow for more driver engagement and are cheaper to fix or replace. However, automatic transmissions generally improve the car’s gas mileage and are easier to drive.

Do Electric Cars Have Better Performance?

We often associate powerful cars with the revving noise of cars, only further instilled in us by Hollywood movies with fast car chases.

But the louder the engine does not necessarily mean a more powerful car. This can be difficult to get your head around. On the flip side, the silence of electric vehicles can also be perceived to be lacking power and performance.

However, this is just not true. As electric cars are capable of changing speeds without adjusting gears, they are able to accelerate faster. Electric cars can generally achieve higher revs than petrol or ICE (internal combustion engine) vehicles, approximately 20,000 revs per minute.

This makes it possible for electric vehicles to get from 0-60 mph more quickly than some sports cars as they generate 100% of their torque at low speeds or usually under 1,000 revs per minute.

See also  Are Teslas Worth It? (Should I Really Buy One)

ICE vehicles on the other hand only achieve approximately 4,000-6,000 revs per minute. This is because their engines generate torque, which is used for acceleration, power in a narrow band of speeds or gears. The rpm needs to be kept high to gain the torque and power.

The gears work by keeping the power at a set amount so you can get to a certain speed. If the rpm is too high, then you need to move up another gear.

One of the considerations of the motor of electric cars is that because they operate on a single-speed gear, car manufacturers need to decide on the balance between acceleration and top speed.

This can mean that they opt for lower top speeds compared to ICE vehicles. Nonetheless, the top speeds of electric vehicles are still considered sufficient for your average driver.

Pros and Cons Of An Automatic Electric Car

See also  Does The Tesla Cybertruck Have Heated Seats?

Electric cars are automatic because they just do not need the manual transmission with varying gear ratios to access the car’s full power. Instead, electric cars have almost instantaneous access to their full torque so gears are just not necessary.

Automatic cars are generally easier to drive and make for a smoother drive, but those who have been driving a manual car for a long time may miss the interactive driving experience of a manual drive car and the familiar revving noises.

With the push from governments to adopt greener technologies as they look to meet carbon emission goals, the electric car market is forecast to grow substantially in the coming years.