Will Side-View Mirrors Soon Be Replaced By Cameras? (Are They As Safe?) 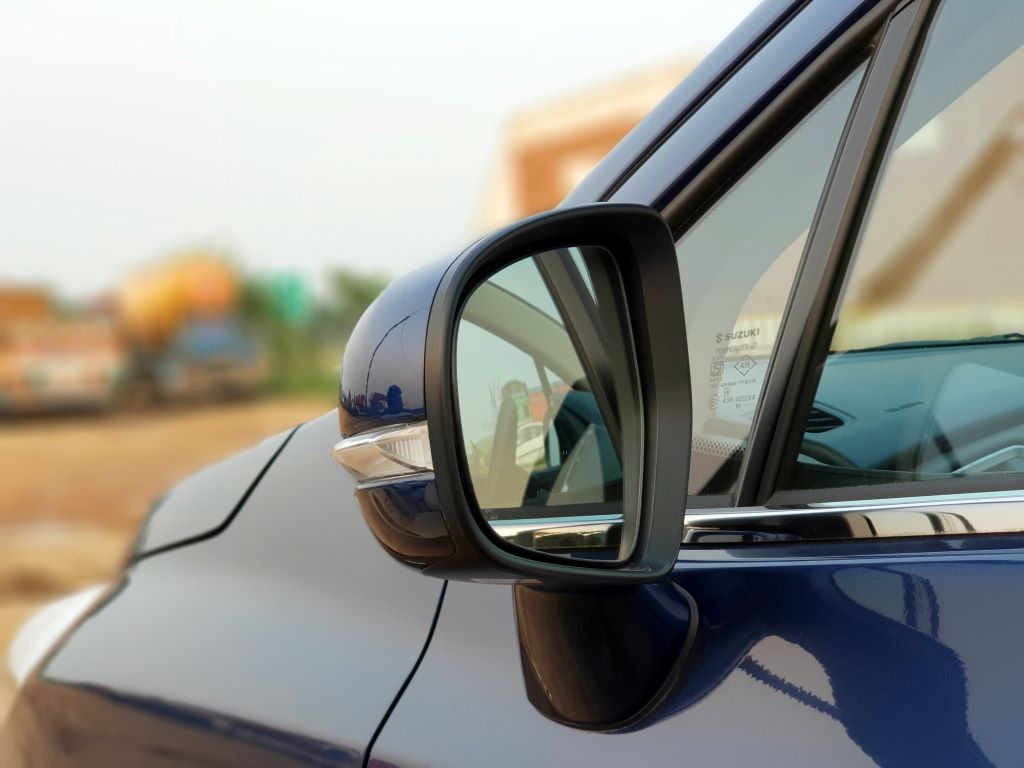 I wasn’t surprised when I first saw the renders of the Cybertruck that it didn’t have side mirrors – it just fitted with the look. However, it sparked much speculation online whether Tesla would use cameras instead.

The first patent for a car mirror was given to Elmer Berger in 1921 and since then side-view car mirrors have become the norm. We now know the Cybertruck will have removable side-view mirrors but will they soon be ditched for cameras on all cars?

While it does seem like Tesla is forging the way ahead for cars without side mirrors, or at least removable ones, they are not the only car manufacturer. Audi’s e-tron gives you the option to ditch traditional side mirrors in favor of their virtual exterior mirrors.

The mirror’s camera captures images in real-time on both sides of the vehicle, relaying them to an OLED screen just inside the car.

The Honda E also has the option for a camera system rather than side mirrors. The side camera mirror system works similarly to Audi’s e-Tron virtual door mirrors, except that the cameras sit below the window line, and their images are fed back to a six-inch screen at the end of each dashboard.

How Has The U.S. Government Been Involved?

Even though Elon Musk started considering replacing traditional side mirrors with cameras back in 2013, it has taken time for the U.S. to review this changing technology. We know that the National Highway Transportation Safety Administration had sought more information on the possibility of vehicles utilizing a camera monitor system in 2019.

However, this technology had been researched and tested by the NHTSA prior to this to determine its effectiveness of the technology.

During a trial period from 2006 to 2011, the research conducted by NHTSA had shown several safety concerns from the use of cameras rather than mirrors.

One of the concerns was that glares occurred when sunlight touched the cameras, which could obstruct visibility and potentially cause safety concerns. Germany had also been conducting research into the technology, with the German Federal Highway Research Institute publishing a study.

So, Why Aren’t Camera Monitoring Systems Being More Widely Adopted?

Certainly in the U.S., but other countries too are not seeing wide adoption of camera monitoring systems instead of side mirrors due to the regulations.

Whilst Elon Musk is keen to work around the regulations, for other countries it appears to be a hard no. Until regulations are updated and side mirrors not required by manufacturers it is likely cars will continue to be designed with side mirrors.

However, what may become more popular is the option for removable side mirrors.

One of the main catalysts for the wider adoption of camera systems may be the improvements in camera technology. Since Elon Musk first started toying with the idea, camera technology has improved tremendously.

If we think about the quality of photography just on our smartphones compared to 10 years ago, there is a huge difference.

Another consideration is the price with high-quality cameras becoming more affordable nowadays.

What Are The Most Recent Developments In-Camera Monitoring Systems?

Even though this system is mainly used when reversing into a parking spot, it is still showing that the technology can be effectively and safely used.

It is thought that the feature can be expanded and that eventually as we move to more connected vehicle cameras it will be more widely adopted.

According to the AAA, the National Highway Traffic Safety Administration has estimated that 210 fatalities and 15,000 injuries occur annually because of back-over crashes. According to their statistics, children under the age of 5 accounts for 31% of those fatalities.

It is thought that because of these findings the NHTSA passed legislation requiring all new passenger cars as well as light trucks to be equipped with backup cameras by 2016 and to have full compliance by 2018.

What Are The Benefits Of Rear-view Cameras?

One of the studies by the AAA tested 17 vehicles across 11 manufacturers which all had factory-installed and aftermarket rear-view camera systems. The study aimed to measure the change in rear visibility compared to looking in your mirror.

The findings were that a rear-view camera increased the driver’s visibility of the rear blind zone on average by 46%. Hatchbacks saw the most improvement with an average of 75% whereas smaller sedans experienced an improvement of 36%.

Although rear-view mirrors do not have 100% visibility, they do dramatically improve it, particularly behind the vehicle which can be difficult to see obstacles such as small children.

They also eliminate the blind zone or blind spot and reduce driver stress.

One of the benefits of cameras is that their wide-view lenses provide a better view of the surroundings. Mirror cameras can also provide better detail in instances such as tunnels, bad light, or bad weather.

What Are The Cons Of Mirror Cameras?

While camera monitoring systems do seem to have a range of benefits, there are also some downsides. They are more expensive to buy and replace as cameras are more complex compared to simple mirrors. They are also more likely to malfunction and it more complex to replace.

Even though camera technology is advancing, it can be less reliable with some footage showing grainy or blurry images or with glare in sunlight.

Another potential problem is driver distraction. Now most car manufacturers have opted to put displays on side doors, so as not to break the habit of looking sideways. However, moving the position away from the usual mirror position we are all so used to could cause distraction, particularly if the image is not perfect.

While the Cybertruck continues to make headlines, the topic of side mirrors continues to be an intriguing one. We are seeing greater adoption of cameras to improve driver’s visibility, and from a design point of view it is changing the norm we have had for many years with side mirrors.

See also  Why Is Silver Used in Electric Cars? (The Truth)

Tesla is not the only car manufacturer exploring the possibility of camera systems to replace the usual mirror, but it is clear that regulations are still complicated and are hindering wider adoption.

Studies have generally shown that camera systems generally improve visibility. Additionally, it is believed, certainly by Elon Musk, that the side mirror safety standard only requires manufacturers to have side mirrors and not the owner.

However, we will all have to wait to see the final design of the side-view mirrors on the production-ready Cybertruck next year.