Why Do Electric Cars Have Such A Low Top Speed For Their Horsepower? 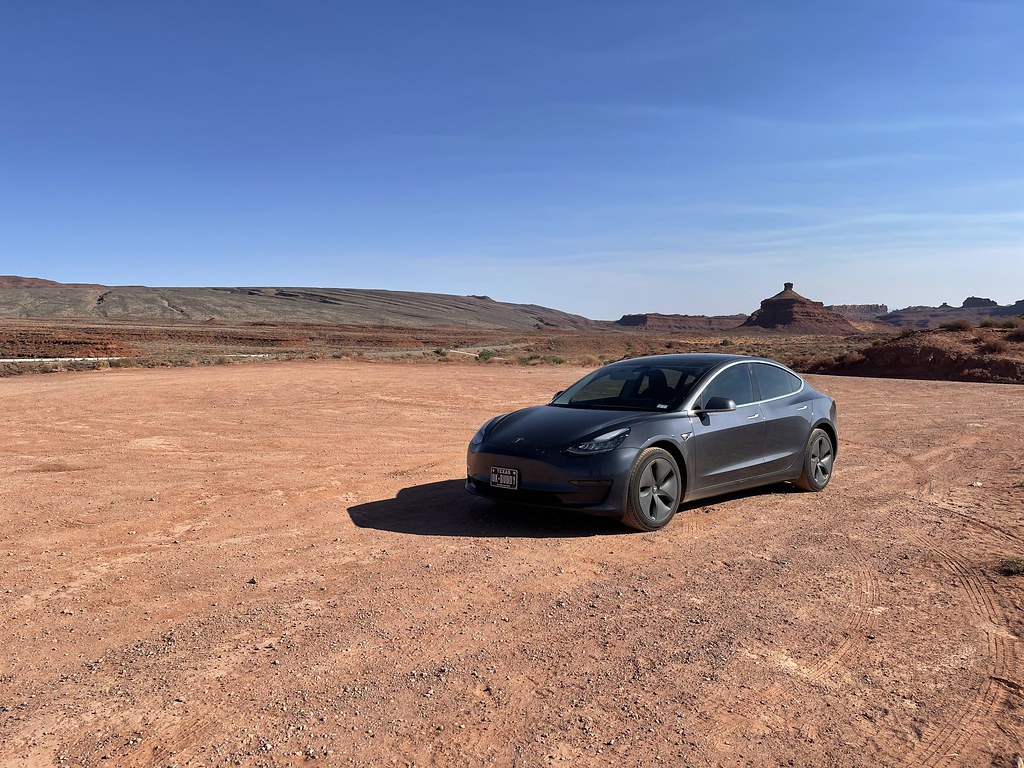 Photo by Mike Ambrose licensed under CC BY-SA 2.0. Rechargd.com is reader supported. We may collect a share of sales or other compensation from the links on this page. As an Amazon Associate, we earn from qualifying purchases.

Heard about EV horsepower but wondering why the top speed isn’t so high? Want to know why this is the case? Wondering whether EVs will get any faster in the future?

Electric cars have a low top speed for their horsepower mainly because of the gearing used by manufacturers to ensure that range of EVs is useful for owners using their cars on a daily basis. It also keeps the technology simple and keeps roads safer. There have also been reports of misleading claims by some EV manufacturers regarding horsepower.

What Horsepower Are EVs?

Comparing Teslas to equivalent ICEs, it is possible to see how the horsepower of EVS is so much higher than conventional cars.

Why Do EVs Have Higher Horsepower?

Electric motors have much higher efficiency than ICEs. In an EV, the efficiency of the motor is about 90%. That means that 90% of the power going into the motor from the battery goes towards moving the vehicle and not other processes such as heat losses. ICEs are notoriously inefficient and have long reached their maximum efficiency of about 40%.

ICE efficiency is limited by thermodynamics, and no amount of engineering can do much to take ICE efficiencies further. This means that 60% of the energy that goes into an ICE in the form of chemical energy in the fuel is lost, mainly to heat and friction due to moving parts.

See also  Will A CyberTruck Fit In Your Garage? (How Big Is It REALLY?)

As a result, the horsepower you get at the wheels is only 40% of the energy provided in the fuel. That means even if the electricity generated for an electric car comes from a CO2-producing factory – it is still more environmentally friendly – because that energy is used more efficiently.

How Do EV Top Speeds Compare To EVs?

The Tesla Model S Plaid has a stated top speed of 200 mph, whilst an equivalent ICE such as the latest BMW 3 series has a top speed of 155 mph.

The technology behind EVs affords very fast acceleration and the potential for very high top speeds. This is due to the absence of a gearbox and uniformity of torque across the spectrum of evolutions, unlike in an ICE.

However, allowing an EV to achieve these rates of acceleration and top speeds would drain the battery so quickly as to render the car useless as a daily driver. Most manufacturers of electric cars, therefore, limit rates of acceleration and top speeds to preserve battery charge. It is said that EVs would be drained within 12 minutes if running at full power at all times.

Another reason for limiting EV top speeds is to conserve brakes. An EV doing the maximum speed provided by the electric motors would lead to brakes being worn out very quickly.

However, companies such as Tesla are announcing brakes made from carbon ceramic which might be more comfortable with higher speeds.

The Tesla Model S is speed limited to 162 mph, though without this built-in speed limiting function by the company it could probably do a lot more.

The Model 3 now has “Speed Assist” which allows the driver to choose a speed limit, and to choose how it is applied. The Speed Assist function can either limit the speed of the vehicle or simply send you a warning symbol on the car console if you try to go past it.

One of the ways EV manufacturers limit acceleration and top speed is through the gearing ratio from the electric motor to the drive wheels. The gearing ratio reduces the rate of rotation to produce torque in the range of speeds drivers actually need on a daily basis.

This limits both acceleration and top speed, but particularly top speed. Some manufacturers have tried 2-speed gearboxes in EVs, but this is an expensive solution that adds weight to the car and reduces range and performance.

Without this gearing, an EV would accelerate at absurd speeds and damage the car. The car battery would also be drained within a few minutes.

This is similar to an ICE, where the gearbox is used to provide wheel speeds useful for a motion for a given range of engine revolutions which the engine is comfortable with. In a Tesla, the gearing ratio is approximately 1:10. This means that for every ten revolutions of the electric motors, the drive wheels rotate once.

Horsepower is only one factor behind the top speed of a car. Other factors are car weight and aerodynamics. EV and hybrid vehicle manufacturers are renowned for improving car aerodynamics as a means to reduce energy consumption and improve performance.

However, the weight of EVs and hybrids mean that they don’t achieve the same top speeds for the same horsepower as an equivalent ICE.

Another reason for keeping top speeds lower is the decision to keep EV technology simple. More power could be provided in EVs at higher speeds, but it will involve a complicated inverter to provide higher voltage at higher speeds.

This would increase car complexity and cost. EV acceleration and speed are not issues holding the EV industry back. Rather, it is issues of range and safety which are the main constraints. Developing technology that makes EVs faster would not help sell that many more cars.

Most people can’t handle driving at high speeds. Even high-performance ICEs and ICEs used for work purposes often have a rev limiter to ensure that the cars remain below the speed limit.

This is done from the point of view of safety, and also to prolong the life of the vehicle. There aren’t many people on the roads who could safely handle the acceleration and top speed capable of an electric motor whilst negotiating corners and other drivers or pedestrians.

In the case of Tesla, it is said that the maximum stated horsepower is at times misleading. In Norway, a group of Tesla owners sued the company for stating a horsepower of 700 when the car horsepower was only 469 horsepower. There are a number of reasons why this occurred.

It is mainly because EV manufacturers are only required to state the capability of the motor shaft to provide horsepower, rather than the horsepower of the motor. This is because the power to the wheels can vary as a function of climatic changes.

Tesla also used to simply add together the motor shaft capability of the two motors on their AWD vehicles and state that as the horsepower.

That is also a little misleading, as the sum of the two motor shafts may not manifest as the total horsepower of the car whilst driving. Tesla no longer uses this method of reporting car horsepowers to avoid confusion.

Some also say that Tesla’s stated “maximum horsepowers” are the horsepowers available when the cars are being overloaded.

That is to say, when the car software has been modified to override all safety features, and unleash the full power of the battery and motors. It is a theoretical power measure, perhaps based on the horsepower achieved in development and testing.

The maximum horsepower ratings for EVS only refer to the power available when the cars are fully charged. As the battery is drained during use, so the horsepower reduces. This reduces the top speed possible when out on the road.

There is some confusion in the industry over how to report EV power. Currently, the industry uses the same method as that of ICEs. However, the difference between the two technologies suggests a need for a new way of reporting EV power.

Is It Worth Worrying About?

EV power is not the thing that holds back EV technology from taking a greater share of the market. Issues such as range and cost are the issues most drivers care about.

In fact, lower power is better for most EV drivers as it allows the car to be used for longer journeys and for more practical purposes.

Can EVs Get Any Faster?

The real issue holding back EV top speeds is car weight and battery capacities. EV weights are split between the battery, motor, and the car itself in roughly equal proportions.

Reducing the weight of EV motors is probably unlikely as this is a fundamental technology that cannot be changed. Battery technology is easier to develop.

Lighter batteries or batteries that produce more power for the same weight. New battery technologies are the most viable means of increasing EV top speeds.